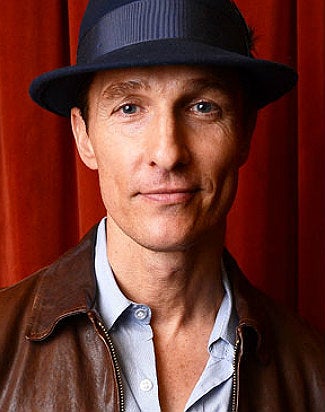 Matthew McConaughey will star in Christopher Nolan‘s sci-fi epic “Interstellar,” the director’s follow-up to “The Dark Knight Rises” and McConaughey’s first big-budget film in years. The actor told the Minneapolis Star-Tribune he had accepted the role in the film, confirming reports from about a week ago.

The Texan has undergone a career renaissance over the past couple of years after close to a decade of making charming but redundant romantic comedies. After the “Ghosts of Girlfriends Past,” the last in his string of rom-coms, McConaughey took a couple of years off and then starred in “The Lincoln Lawyer” in 2011. 2012 was a year neither the actor nor cinephiles will readily forget.

McConaughey played an enterprising prosecutor in Richard Linklater‘s “Bernie,” a murderous cop in “Killer Joe” and a stripper in “Magic Mike” — all in a span of a few months.

All three films were made on shoestring budgets, and all three paired McConaughey with iconic directors — Linklater, Billy Friedkin and Steven Soderbergh. His performance in “Magic Mike” also earned him an Independent Spirit Award.

McConaughey will next star as a fugitive in Jeff Nichols’ “Mud,” an AIDS patient in Jean-Marc Vallee’s “Dallas Buyers Club” and a Wall Street executive in Martin Scorsese’s “The Wolf of Wall Street.”

Yet “Interstellar,” which Nolan is directing from a script by his brother Jonathan, marks the latest step in McConaughey’s career evolution. The story follows a physicist, Kip Throne, who proffered that time travel was possible.

Steven Spielberg was initially slated to direct, but now the Oscar winner will produce with fellow titan Nolan behind the camera.

Though the film, a collaboration between Paramount and Warner Bros., is set to open in the more awards-focused time of November 2014, sci-fi in Nolan’s hands will always feel grandiose.

The diversity of roles McConaughey has taken on have landed him in films that are both awards contenders and box office draws. This film would seem to fall in both categories.