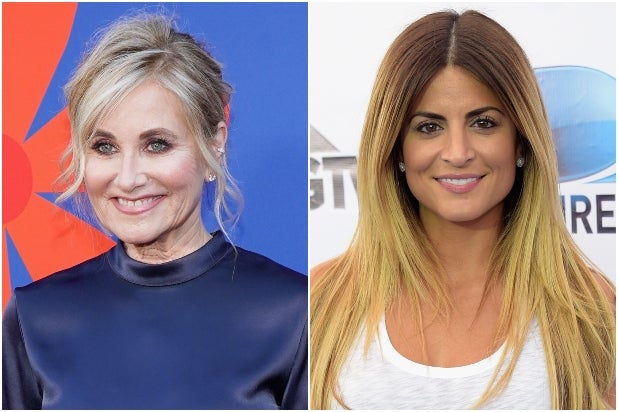 During the one-hour special, set to premiere in December, cameras will follow McCormick and Victoria on a room-by-room tour of the White House to see the holiday decorations.

“Hosting ‘White House Christmas’ for the past two years has been a highlight for me, and now it will be even more amazing with Maureen,” Victoria said. “The sights and sounds of the White House during the holidays are unlike anything you’ve ever seen, and I love that together we’ll get to share it with HGTV viewers.”

Also Read: HGTV's 'Rock the Block' Star Leanne Ford Tells Me How to Tell My Wife That White Is the Best Color for Design

“The White House is the most spectacular home during the holidays. Christmas is my favorite time of year so it’s a dream to co-host this HGTV special with Alison,” McCormick said. “I can’t wait to get a behind-the-scenes look at the massive effort to string the lights, trim the trees and bring holiday cheer to our nation’s capital.”

McCormick is known for playing Marcia Brady on “The Brady Bunch” and recently appeared in HGTV’s “A Very Brady Renovation.”

Victoria is known for hosting popular HGTV show “Windy City Rehab” with co-host Donovan Eckhardt. The pair made headlines over the summer when the city of Chicago suspended them from filing for more work permits after several code violations.

In 2017, first lady Melania Trump got the meme treatment over decoration attempts during her first Christmas spent in the White House. Themed “Time Honored Traditions,” one tree-lined hallway was so starkly decorated that it went viral, drawing comparisons to the more sinister elements of “Chronicles of Narnia,” “Silent Hill,” “Harry Potter” and “The Shining.”