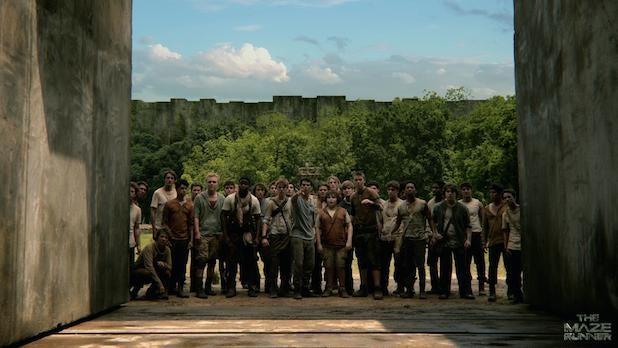 20th Century Fox has released the first trailer for its sci-fi movie “The Maze Runner,” which turns the Young Adult tables by putting a teenage male front-and-center in “Teen Wolf” heartthrob Dylan O’Brien.

The film co-stars Kaya Scodelario and Will Poulter, while Patricia Clarkson will lend some gravitas in a key supporting role.

O’Brien stars as Thomas, who wakes up in unfamiliar surroundings with no memory. He befriends a group of teenage boys who are “runners” and desperate to escape the Glade, which is surrounded by a deadly maze. When a girl (Scodelario) arrives bearing a strange message, their lives are forever changed…