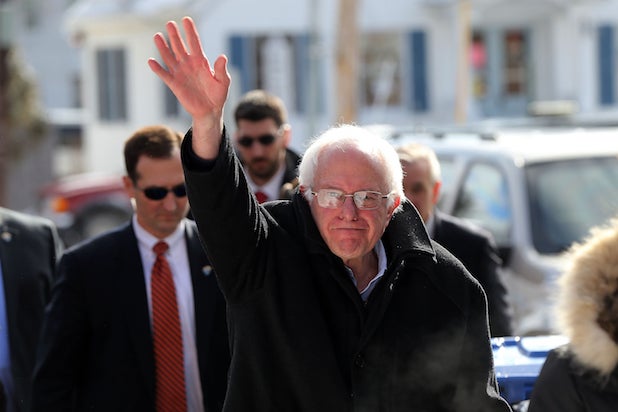 Bernie Sanders is the first Jewish candidate to win a presidential primary in U.S. history.

Sanders beat Hillary Clinton in the New Hampshire primary Tuesday, but she established another first last week: She was the first woman to win a state contest in the presidential race when she narrowly defeated Sanders in Iowa.

Ted Cruz, meanwhile, was the first Latino to win. He beat Donald Trump in Iowa.

The Jerusalem Post was among the first news outlets to take note of Sanders’ historic moment. Sanders was favored over Clinton in the state that neighbors his hometown Vermont, but Jewish Twitter is celebrating nonetheless:

It won't get much coverage, but Bernie Sanders is the first Jew EVER to win a Presidential primary in U.S. history. Ever.

Bernie Sanders is the first Jew to ever win a US Presidential primary. Emoji: feeling VERY proud
🙂@SenSanders #president #vote2016

As a Jew, naturally I’m excited to see Bernie Sanders doing well. But I would trade him in a hot second if it meant Trump would go away too.

.@BernieSanders is the first Jewish candidate to win a Presidential primary

Bernie Sanders joked about being too Jewish for America on "SNL" last night. https://t.co/fwA2Wi3xNW

Did #BernieSanders Just Grab the Jewish Crown in #NewHampshirePrimary ? https://t.co/7Pxj4ull2o

@DreamtimeDrinne @BTWCelticShow Bernie Sanders is so Jewish, Larry David plays him on SNL.

Congrats to @BernieSanders on being 1st Jewish candidate in US history 2 win a pres primary election. #ImWithHer,but mad respect! #NHPrimary