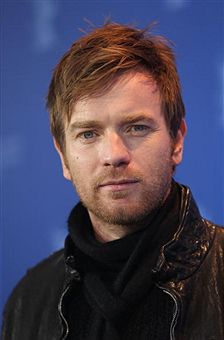 Ewan McGregor, Emily Blunt and Kristin Scott Thomas are set to go "Salmon Fishing in the Yemen," according to the Hollywood Reporter.

Lasse Hallstrom ("Dear John") has replaced Bill Condon as director after the latter filmmaker left to take the reins of Summit’s "Breaking Dawn," the fourth film in the blockbuster "Twilight" franchise.

The film follows a henpecked civil servant who is sent to introduce salmon to the Yemen.

Oscar-winning screenwriter Simon Beaufoy ("Slumdog Millionaire") adapted the so-called (by THR) "romantic comedy" from Paul Torday’s bestselling experimental novel, which is told entirely in emails, letters and interviews. The script made the 2009 Brit List, which is the U.K. equivalent of Hollywood’s Blacklist.

Lionsgate International is selling the "Yemen" package to buyers in Cannes, a festival famous for being a great place to take advantage of the international publicity to announce star-heavy projects that never actually get made. 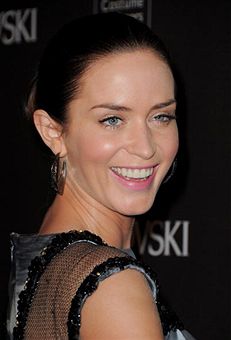 Hallstrom is a director whose name I associate with prestige, although I’m not really sure why. I’ve seen one movie of his — 1993’s "What’s Eating Gilbert Grape" — and it was great. But his recent projects have been either a little too boring or heavy-handed for my tastes.

The Oscar-nominated Swedish filmmaker caught his big break with 1985’s "My Life as a Dog," and went on to direct Academy favorites "The Cider House Rules" and "Chocolat." But ever since directing the awards season disappointment "The Shipping News," Hallstrom has struggled to make a film that has resonated with audiences the way his earlier work did.

2005’s "An Unfinished Life" featured the ridiculous pairing of Robert Redford and Jennifer Lopez, while the Richard Gere films "The Hoax" and "Hachiko: A Dog’s Story" failed to register with critics and audiences alike. While I certainly didn’t see "Dear John," the sleeper hit has been warmly embraced by female fans, so perhaps Hallstrom has regained some of his auteur form.

I’m not sure what "Salmon Fishing" means for Hallstrom’s next film, which was supposed to be the true-life tale "The Danish Girl," which stars Nicole Kidman as the first post-operative transsexual. Fellow Oscar winner Gwyneth Paltrow had been set to replace Charlize Theron as Kidman’s artist wife, but her recent decision to drop out of the film may have further delayed the project, which was originally scheduled to start production later this month.