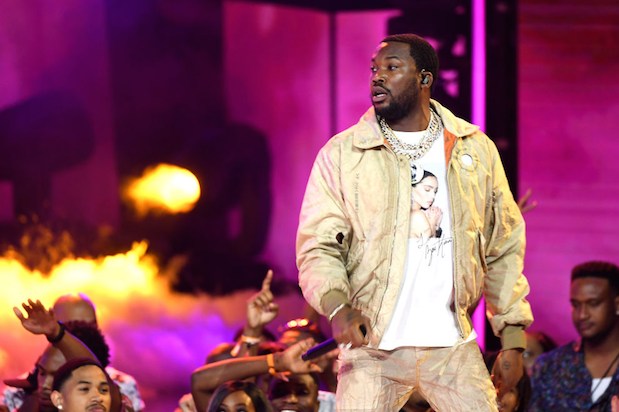 Rapper Meek Mill pled guilty on Tuesday morning to a misdemeanor gun charge from 2007, putting an end to a 12-year legal odyssey that included a two-year stint in prison and questions of police corruption.

Mill, whose real name is Robert Williams, pled guilty as part of a deal with prosecutors, who dropped several remaining charges against him. He will face no additional prison time.

“Meek free. I’m not on probation,” the 32-year-old rapper told a crowd of supporters outside a Philadelphia courthouse on Tuesday, according to ABC 6.

Williams’ 2007 conviction on drugs and gun charges was overturned last month in a Pennsylvania appeals court, with new evidence undermining “the credibility of the officer who testified against the rapper” at trial, according to the Associated Press. Williams, at his trial in 2008, acknowledged owning a gun but denied accusations that he pointed his weapons at police or was a drug dealer, according to ABC 6.

Williams’ defense team had also accused the trial judge of bias after he was sent back to prison in 2017 for five months over probation violations. Williams and his team said the violations stemmed from the erratic schedule of a touring hip-hop artist. His 2017 return to prison made Williams the public face of a growing prison justice reform movement.

“I know this has been a long road for you and hopefully this will be the end of it,” Judge Leon Tucker told Williams on Tuesday, according to the AP.