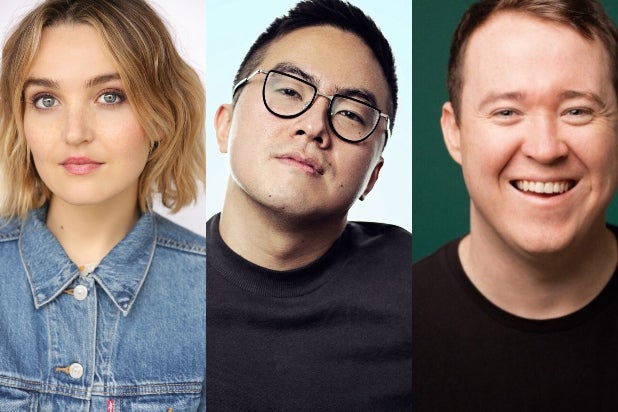 “Saturday Night Live” has added three new cast members to the roster, and you’re probably wondering how funny they are. Meet the newbies of Season 45: Chloe Fineman, Bowen Yang and Shane Gillis.

The trio may be new to “SNL” — well, most of them — but they’re not new to the world of comedy. We’ve gathered some clips of their performances to give you a taste of what’s in store next season on “SNL,” which premieres Sept. 28.

Yang, the first cast member in the show’s history of full Asian descent, was actually hired as a staff writer on “SNL” last year. He’s also appeared in a March sketch called “The Kremlin Meeting,” playing Kim Jong Un alongside Sandra Oh. He’s done a stand-up sets on HBO’s “2 Dope Queens,” where he joked about dressing like a “BTS reject,” and taking risks on dangerous things like eating subway churros and swiping on dating apps with his phone’s brightness all the way down. And he did a sketch on Comedy Central’s “Up Next” where he impersonated fashion designer Alexander Wang — if he were a spooky bar-back who chronically shows up late to work and describes himself as the “keeper of shadows and master of the realm of fabrics.”

Fineman is a member of The Groundling’s Sunday Company, and has a YouTube channel full of character impressions like the “Hippy Aunt” and the “New York Acting Teacher.” She’s also appeared in television shows like “Jane the Virgin” and “Search Party.”

Gillis has also done time on Comedy Central’s “Up Next,” where he joked about moving from a town in rural Pennsylvania to Philadelphia during the 2016 election — and why he thinks white people like country music. For more Gillis content, check out his appearance on Joe Oakerson’s Comedy Central podcast “The Bonfire.”

Watch some video clips of the trio’s performances below — but beware, some contain language that’s NSFW.