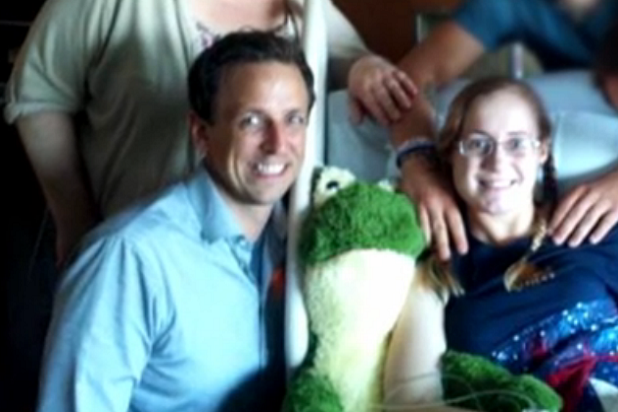 Watch out, Obama; it sounds like your popularity with the troops — or at least one troop in particular — might be waning.

Seth Meyers, who will soon assume duties as the host of NBC’s “Late Night”, took some time out before taking on his new gig to appear on TLC’s “Say Yes to the Dress”.

In the episode, which airs Friday at 9 p.m. PST, the “Saturday Night Live” alum meets with Shealynn, an army medic who was injured by a roadside bomb explosion in Afghanistan.

Shealynn’s verdict on his sit-down with Meyers?

Meyers’ verdict on Shealynn? She was “very personable and upbeat,” the former Weekend Update anchor said.

Watch the sneak peek below.