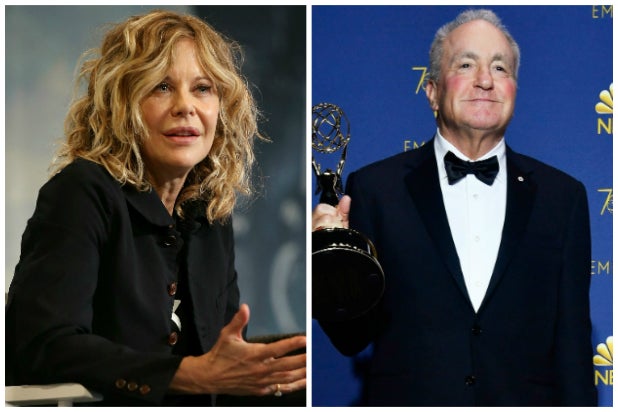 Meg Ryan will executive produce and “potentially” star in a comedy project for NBC, “The Obsolescents,” from Lorne Michaels.

The comedy takes place in a New Jersey suburb where the facade of peace and civility is disrupted by the shocking death of a longtime Township Council member. If Ryan were to come aboard as the star for the comedy, it would mark the first regular TV role for the “Sleepless in Seattle” and “You’ve Got Mail” star in decades.

This is the second Michaels-produced comedy being developed by NBC this cycle. Last month, the network gave a pilot production commitment to “Saving Larry,” which will star longtime “SNL” cast member Kenan Thompson.