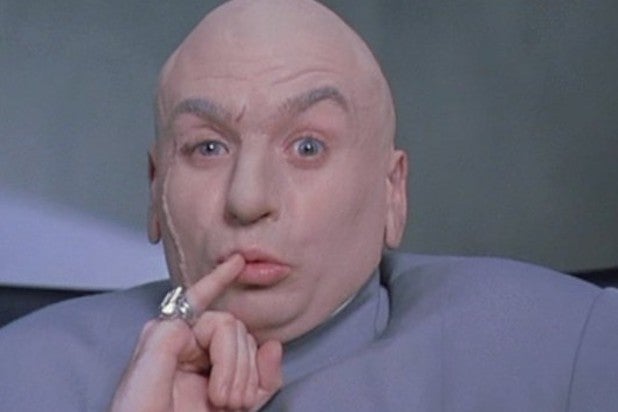 The MegaMillions jackpot has just reached its all-time high with $1 billion in store for the lucky ticket holder.

On Thursday, the jackpot stood at $970 million and on Friday morning, MegaMillions took to Twitter to break the news about its jackpot hitting $1 billion. Twitter users and hopeful billionaires took to the social media platform to ruminate about the news.

Of course, it wouldn’t be a $1 billion lottery without Dr. Evil memes:

In addition to the “Austin Powers”-inspired tweets, users also found other ways to joke about the MegaMillions jackpot, which you can see below:

Oh, Lord, let me prove to you that winning the #MegaMillions will not change me! pic.twitter.com/EhfwG4WNTF

People trying to get a Lotto Ticket.

Me walking into the family Thanksgiving Dinner this year after winning the #MegaMillions but not telling a soul pic.twitter.com/cyueEDWUHP

To whoever wins the #MegaMillions tonight: I’m totally down for having a #SugarDaddy or #SugarMomma. I don’t descriminate.

*wins #MegaMillions goes through the McDonald’s drive through and orders from the Value Menu pic.twitter.com/Co2XlaJp6r

"If you win the Mega Millions, are you coming back to work?"
Me: pic.twitter.com/beg28shwfA

Wife: What would you do if you win the #lottery tonight?
Me: I have already packed your bags
Wife: Where are we going …?
Me: We …. Only you
Wife: pic.twitter.com/Lx9Ui6Ibjn

The drawing for the MegaMillions jackpot takes place today at 11 p.m. EST.

15 Hollywood Actors Who Had Epic Fails as Music Stars (Photos)

From Lindsay Lohan to Leonard Nimoy: These stars should have stayed in their lane