It was the rapper’s second time addressing SB 8, which bans nearly all abortions after fetal cardiac activity can be detected, which typically occurs around the sixth week of pregnancy. The new law sparked national outcry when it went into effect on Sept. 1. During her set at the Austin music festival’s first weekend, fellow headliners Miley Cyrus and Billie Eilish joined the crowd in raising their middle fingers to “all these hoe-ass men trying to tell us what the f— to do with our bodies.”

The “Savage” and “WAP” singer also took her message to social media. “Y’all know I’m a Texas girl and we deserve better!” she wrote on Instagram under a text post emblazoned with the words “I oppose the Texas abortion ban.” She continued, “Politicians want to cut off abortion access and control our bodies, lives, and futures – I’m speaking up. … #BansOffOurBodies.” 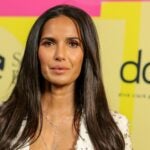 Hours after Megan Thee Stallion’s performance, a federal appeals court surmounted a lower court order that had paused enforcement of the law just two days ago, on Oct. 6. US District Judge Robert Pittman’s preliminary injunction had permitted some Texas healthcare providers to give abortions to those who had passed the six-week pregnancy mark.

For now, the law is fully back in effect. Litigation is ongoing, as the 5th circuit must now decide on Pittman’s ruling. The case could eventually reach the U.S. Supreme Court.

Megan Thee Stallion is the latest addition to a long list of public figures and celebrities who have voiced opposition to SB 8. Since the law’s passage in September, hundreds of artists, including Alyssa Milano, P!nk, Kerry Washington and St. Vincent have posted their stance on social media.

Other creatives are boycotting Texas as a production location. On Sept. 20, “The Wire” creator David Simon announced that he would be relocating the production of his upcoming HBO series. “This is not a political decision for us; we can’t ethically ask any female cast/crew to relocate to any state that requires them to forgo civil liberties,” he wrote on Twitter two days later.

Planned Parenthood joined thousands of commenters in commending Megan Thee Stallion for using her platform. “Thank you, @theestallion for standing up to say: #BansOffOurBodies,” the organization wrote on Twitter.