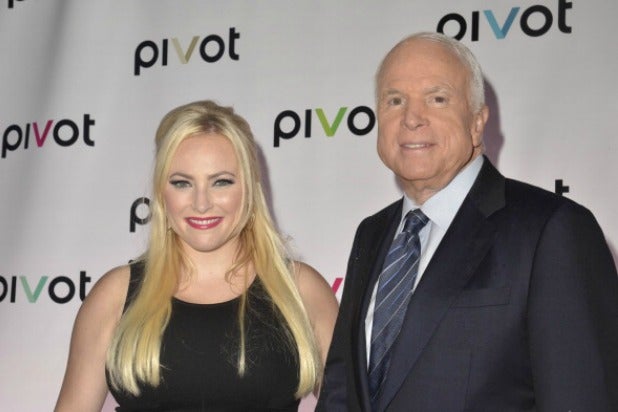 Meghan McCain posted a sweet tribute to her father John McCain after his passing on Saturday, saying that “he was a great fire who burned bright, and lived in his light and warmth for so very long.”

“All that I am is thanks to him. Now that he is gone, the task of my lifetime is to live up to his example, his expectations, and his love,” wrote “The View” co-host.

Sen. McCain passed away on Saturday after a battle with brain cancer. He was 81. Friday his family announced that the senator, “with his usual strength of will,” had “chosen to discontinue medical treatment.” You can read our full obit here.

The younger McCain continued in her post to say that she takes comfort knowing that the “hero of the republic and to his little girl, wakes today to something more glorious than anything on this earth. Today the warrior enters his true and eternal life, greeted by those who have gone before him, rising to meet the Author of All Things.”

She finished her tribute with the quote, “The dream is ended: this is the morning.”