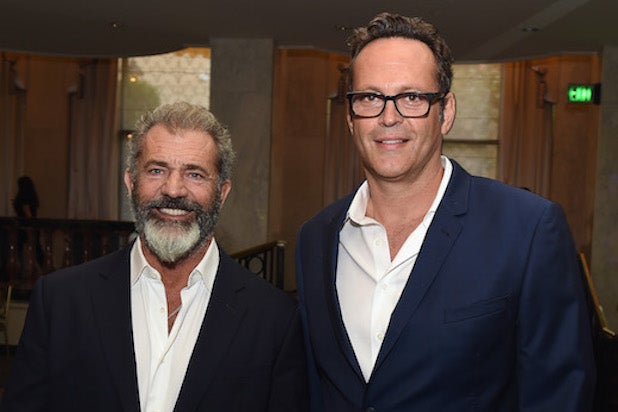 Mel Gibson and Vince Vaughn will costar in crime thriller “Dragged Across Concrete,” an individual with knowledge of the project told TheWrap.

The project, from filmmaker S. Craig Zahler, will be shown to buyers at the European Film Market in Berlin. WME Global is handling domestic rights, while Bloom is handling international sales.

The story follows two policemen, Gibson and Vaughn, who get suspended when a video of their strong-arming tactics gets leaked. With no other options and low on cash, the duo embark on a dangerous journey to the underworld, where they find things lurking that they didn’t expect.

Keith Kjarval of Unified Pictures is producing alongside Dallas Sonnier under his new Cinestate banner, and Jack Heller of Assemble Media. Wayne Marc Godfrey and Robert Jones from The Fyzz Facility will executive produce. Unified Film Fund I is financing.

“‘Dragged Across Concrete’ is best suited to my goal of making a heartfelt, surprising, sad, funny, shocking, and memorable world with multiple viewpoints,” said Zahler in a statement. “As is often the case in my novels and screenplays, the protagonists are in perilous circumstances against which they struggle in different and surprising–though logical–ways.  I am absolutely thrilled to have Mel and Vince agree to play the lead roles.”

“Hacksaw Ridge,” which Gibson directed and in which Vaughn starred, is coming off six Oscar nominations, including one for Best Director and Best Picture. Andrew Garfield is nominated for Best Actor.

Vaughn recently paired up with Zahler on “Brawl in Cell Block 99,” a prison drama that also starred Jennifer Carpenter and Don Johnson. Zahler wrote and directed the film that is currently in post-production.