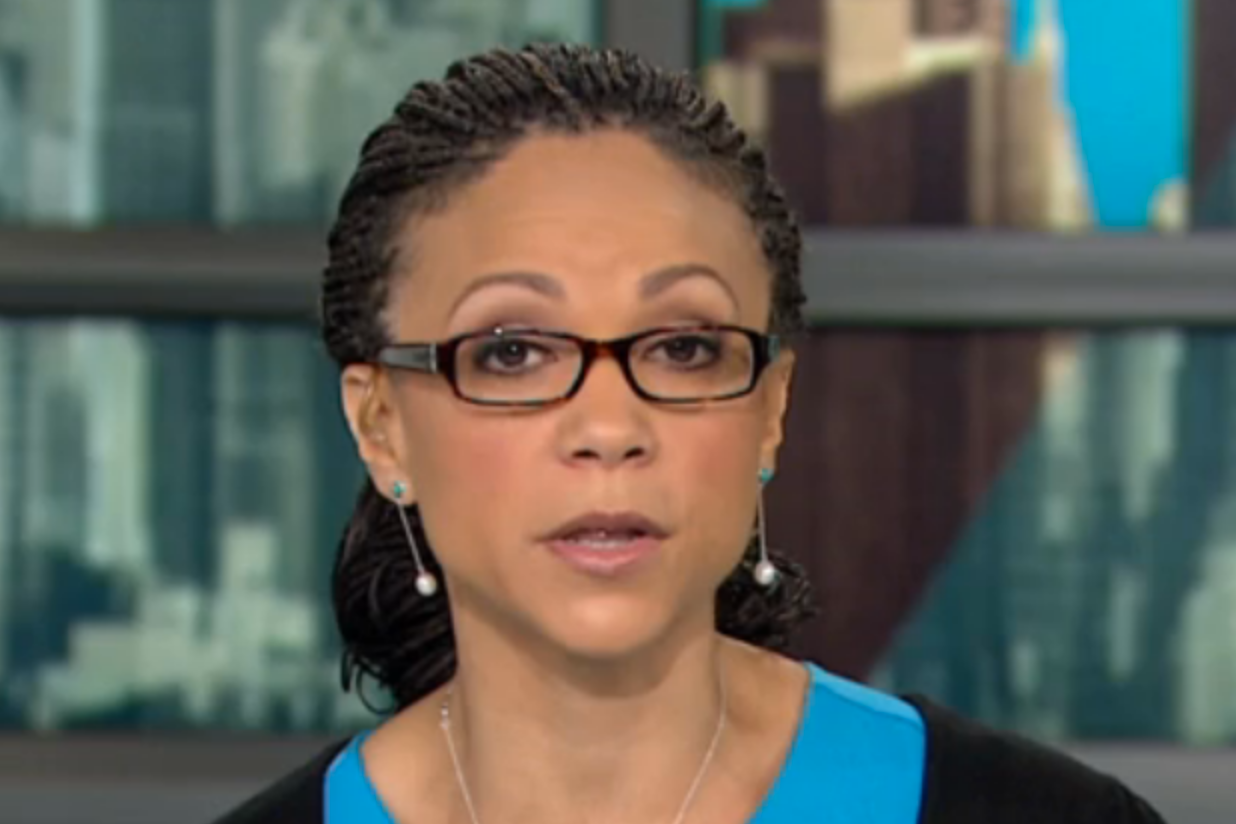 Melissa Harris-Perry broke into tears on Saturday while apologizing to Mitt Romney and his family for comments made on her MSNBC show about the former Republican presidential candidate’s adopted, African-American grandchild, Kiernan Romney.

“I am deeply sorry that we suggested that interracial families are in any way funny, or deserving of ridicule,” Harris-Perry said at the beginning of the morning edition of the “Melissa Harris-Perry” show.

Her voice cracking and her eyes welling over, Harris-Perry said she apologized to the Romney family “without reservation or qualification” and added, “My intention was not malicious, but I broke the ground rule that families are off-limits. For that, I am sorry.”

Harris-Perry has been fiercely criticized for presiding over a segment last weekend that used an image of the Romney family to illustrate what it claimed was the monochromatic nature of the Republican Party.

“It sums up the diversity of the Republican Party and the [Republican National Committee], where they have the whole convention and they find the one black person,” panelist Dean Obeidallah joked.

During the segment, Harris-Perry said she would like to see the Romney’s African-American grandchild grow up and get married to Kanye West and Kim Kardashian‘s daughter, North.

“Can you imagine Mitt Romney and Kanye West as in-laws?” she mused.

The MSNBC host said that her comments were glib and not representative of the ideals her show espouses.

“On this program, we are dedicated to advocating for a wide diversity of families, it is one of our core principles,” Harris-Perry said. “And I am reminded that when we do so, it must be with the utmost respect. We’re genuinely appreciative of everyone who offered serious criticisms of last Sunday’s program, and I am reminded that our fiercest critics can sometimes be our best teachers.”