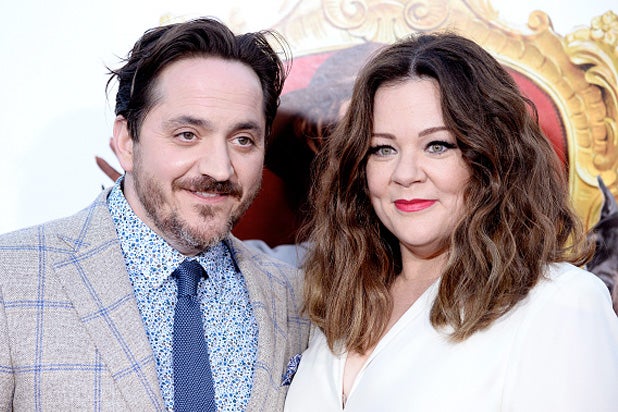 The series will star, be executive produced by and written by Groundlings alums Hugh Davidson, Larry Dorf and Rachel Ramras.

Additionally, Falcone will direct and guest star on the pilot. He and McCarthy will executive produce through their On the Day production banner. “MADtv” alum Michael McDonald will serve as executive producer and showrunner.

Also Read: Melissa McCarthy to Star as Real-Life Forger Lee Israel in 'Can You Ever Forgive Me?'

The series is inspired by Davidson, Dorf and Ramras, who in their real lives have watched as their friends from the Groundlings went on to star in blockbuster comedies and win Oscars while they toiled away in Hollywood. The trio will play themselves, desperately trying to land one of their famous friends for a feature script that they’ve developed so that they, too, can rise to fame in Hollywood.

“Working with our hilarious and talented friends Rachel, Hugh and Larry is a complete joy,” McCarthy and Falcone said in a joint statement. “Adding a person of Mike’s caliber and a network as supportive as TV Land is truly a dream come true.”