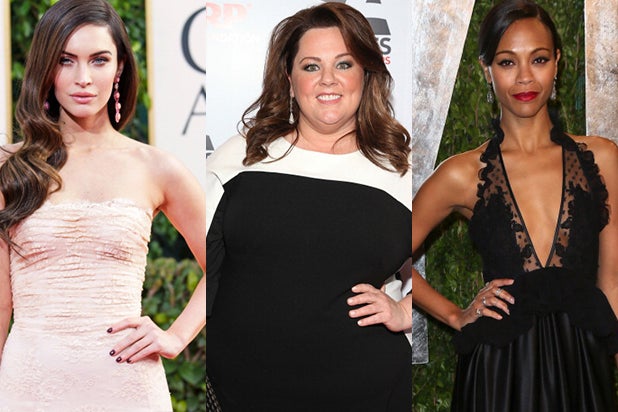 Melissa McCarthy, Zoe Saldana and Megan Fox are among the Hollywood stars who will continue to be represented by top publicity firm BWR PR, which recently parted ways with veteran publicist Leslie Sloane, TheWrap has learned.

Hollywood was shocked when Sloane and BWR split last week, as TheWrap first reported. Sloane had been at the company for 17 years, rising to the title of co-president after building BWR’s talent department from New York.

Sloane is starting a new company that will be financed by the Weinstein Company’s Weinstein Live division and James Dolan, who owns the New York Knicks.

It’s not immediately clear which BWR clients will be coming with Sloane, but McCarthy, Saldana, Fox and Lucy Hale (“Pretty Little Liars”) will be staying put at BWR, according to an individual familiar with the situation.

Katie Holmes and Blake Lively are among the other clients who Sloane repped at BWR.

No senior executives at BWR have left the company, and it’s unclear when Sloane plans to start hiring publicists for her new venture.

McCarthy next stars in the comedy “Tammy,” which she also produced and co-wrote with husband/director Ben Falcone.

Saldana will soon be seen in Marvel’s “Guardians of the Galaxy” and NBC’s “Rosemary’s Baby” miniseries.