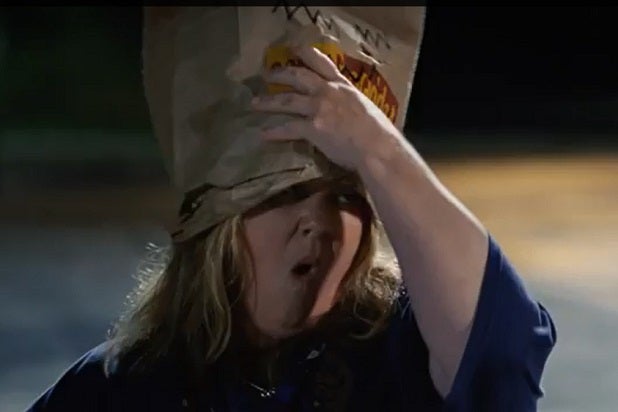 A decent Shia LaBeouf imitation? Melissa McCarthy‘s got it in the bag.

The first trailer for McCarthy’s upcoming movie “Tammy” has hit the Internet, featuring the “Mike & Molly” star donning a paper bag over her head — much like another show-biz denizen has grabbed headlines for doing lately.

In McCarthy’s case, the paper-bag adornment isn’t in the name of bizarre self-promotion (sorry, “performance art”), but rather is used as a disguise, as she robs a fast-food restaurant. For food.

In the movie, McCarthy stars as a woman who hits the road with her profane, hard-drinking grandmother (Susan Sarandon) after losing her job and finding out that her husband has cheated on her.