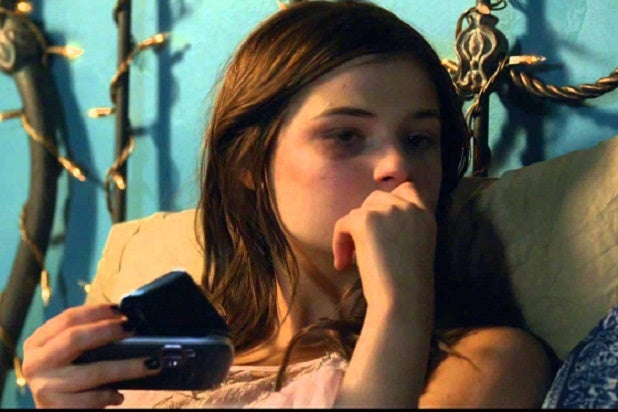 “Spy” and the micro-budgeted “Insidious: Chapter 3” were virtually tied after their first days, with the Chernin Entertainment comedy just a tick behind at $10.3 million. It rates the edge for the three days because horror films typically draw big numbers for opening night, then taper off over the weekend. The PG-13 rated “Insidious: Chapter 3” is projected to finish the weekend in third with around $23 million for Focus Features and its new genre label Gramercy Pictures.

Dwayne “The Rock” Johnson’s earthquake epic “San Andreas” looks like it will be the runner-up this weekend with roughly $26 million, after taking in $7.6 million for Warner Bros. after finishing third on Friday. That will up its domestic total to nearly $100 million and push the global haul well past $160 million in less than two weeks for the disaster film directed by Brad Peyton and produced by Beau Flynn.

“Entourage,” the big-screen version of the hit HBO TV series, brought in $3.7 million Friday. The R-rated comedy about life in Hollywood’s fast lane has taken in $11 million since it opened on Wednesday for Warner Bros., and it should wind up fourth with around $18 million for the five days.

If “Spy” stays on its current pace it will come in on the low end of expectations for the weekend, and wind up between the openings of “The Heat,” the R-rated Fox comedy directed by Feig and starring McCarthy that opened with $39 million in June 2013, and another of their collaborations, “Bridesmaids,” which opened to $26 million in May 2011 for Universal.

Those two wound up with worldwide grosses of $230 million and $288 million respectively, and anything in that range would be a financial win for “Spy,” which was produced for $65 million.

First night audiences awarded a “B+” CinemaScore to “Spy,” which co-stars Jude Law and Jason Statham and has been well-received by critics (94 percent on Rotten Tomatoes).

The only suspense about profitability for “Insidious: Chapter 3” is how much, since its budget was less than $5 million. On its current pace, this installment will wind up with an opening between the $13.2 million posted by the original film in April of 2011, and the second, which wowed with $40.2 million in September of 2013.

Leigh Whannell wrote and directed this installment after writing the first two films, which were directed by his pal James Wan, who is producing with Oren Peli and Blum. Dermot Mulroney, Stefanie Scott and horror veteran Lin Shaye star.

Typically tough-grading horror fans gave “Insidious: Chapter 3” a strong “B+” CinemaScore and the critics have it at a decent 59 percent positive on Rotten Tomatoes.

Moviegoers liked it more than critics, who have it at 29 percent on Rotten Tomatoes, and awarded it an “A-” CinemaScore.

Written and directed by George Miller, the action extravaganza starring Tom Hardy and Charlize Theron took in $2.3 million Friday and is heading for an $8 million fourth weekend . It’s held well throughout its domestic run, and is up to $125 million. But overseas is the key to profitability for the $150 million production, and it has taken in $177 million so far from abroad.

The fortunes of the R-rated road rage romp “Mad Max” have been tied to “Pitch Perfect 2,  Universal’s musical comedy starring Rebel Wilson and Anna Kendrick, since they opened against each other on May 15.

“Pitch Perfect 2” will be up to $160 million domestically by Sunday if stays on its current pace this weekend. The PG-13-rated comedy written by Kay Cannon and directed and co-produced by Elizabeth Banks brought in $2.5 million Friday and heading $8.4 million over the three days, which will land it in fifth, just ahead “Max.”

“Pitch Perfect 2” has taken in another $80 million overseas — a marked improvement over the $50 million of the 2012 original — and is at $236 million worldwide. That’s a big financial win for Universal, since its budget is $29 million.

“Tomorrowland,” the Brad Bird-directed sci-fi adventure starring George Clooney, will also wind up in the $8 million range for the weekend, after taking in $2.1 million Friday. That will put the domestic total for “Tomorrowland” at around $77 million, and its worldwide haul at roughly $150 million. That’s less than Disney had hoped for, given the original film’s $190 million budget.

“Aloha,” the romantic comedy written and directed by Cameron Crowe and starring Bradley Cooper and Emma Stone, continued to underachieve for Sony. It took in $1.1 million Friday — a steep 64 percent drop from its soft opening day last weekend — and will finish at around $3.5 million for the three days. Its domestic total is at just $17 million two weeks in, and its production budget was $37 million.

“Love and Mercy,” a low-budget biopic about the Beach Boys’ Brian Wilson, was just outside the top 10 with $640,000 on Friday for Roadside Attractions. Paul Dano plays Wilson in his early years and Cusack plays him when he’s older in the PG-13-rated film directed by Bill Pohlad. Elizabeth Banks and Paul Giamatti co-star.

That’s a solid number for the musical drama from River Road Entertainment and Battle Mountain Films, since it was on just 483 screens, and it will take in north of $2 million in its first weekend.