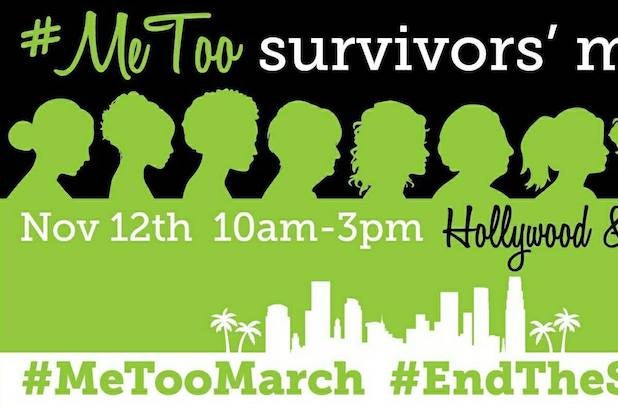 Tarana Burke, creator of the #MeToo social media campaign, will speak at a march against sexual harassment through Hollywood this Sunday, calling for businesses in Hollywood and beyond to hold sexual abusers accountable.

“For every Harvey Weinstein, there’s a hundred more men in the neighborhood who are doing the exact same thing,” Burke said in a speech at the Women’s Convention in Detroit two weeks ago. “The conversation around harassment in Hollywood will broaden to include other industries if we force it to!”

The #MeToo campaign was created by Burke to encourage women who have been victims of sexual harassment, especially African-American women, to come forward and to stand together in solidarity. The march’s lead organizer, Brenda Gutierrez, decided to create the event after seeing her social media feed filled with the hashtag.

“This goes beyond Hollywood,” said Gutierrez at a press conference in Beverly Hills on Wednesday. “I think it’s time that we’re no longer silenced, no longer shamed and that we can end the stigma and I think that’s a big message of this march.”

Other activists supporting the march include Chelsea Byers, chair of the Campaign To End the Statute of Limitations on Rape and Sexual Assault, a group that seeks to end statue of limitation laws against sexual assault in 30 U.S. states. Also attending the march is Samuel Lloyd, friend of Gemmel Moore, a black gay male escort who was found dead this past July in the home of Democratic Party donor Ed Buck.