MGM’s streaming service, Epix, will rebrand as MGM+ on Jan. 15, 2023, in conjunction with the platform’s release of “Godfather of Harlem” Season 3. The relaunched network also announced an upcoming slate of scripted and unscripted series that were greenlit.

According to the announcement, the platform will continue providing premium and commercial-free content, including TV, movies and a curated library of acquired releases from MGM and other studios.
In addition to the Forest Whitaker-starring series, Epix is also behind the epic romantic adventure “Billy the Kid,” sci-fi horror “From”, historical limited drama series “Belgravia” and upcoming “Rogue Heroes.” MGM+ will continue to be available in the U.S. on Prime Video, cable, telco, satellite and digital distribution services. 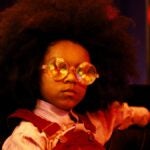 “MGM is one of the most iconic and beloved brands from the golden age of entertainment,” Michael Wright, head of MGM+, said in a statement. “This rebrand is a promise to existing and new viewers that MGM+ is the place to find television that reflects and celebrates the legacy of the iconic MGM brand – cinematic programming with sophisticated storytelling that entertains, delights, surprises, and transports. MGM is television for movie lovers.”

The newly greenlit shows are Miami-based period drama “Hotel Cocaine,” sequel “Belgravia: The Next Chapter,” an as-yet untitled docuseries about the Amityville murders and “San Francisco Sounds” (working title), which explores the Bay Area’s evolving music scene for a decade beginning in 1965.

MGM+’s library of film titles includes the studio’s own recent hits like “No Time to Die,” “House of Gucci” and “Licorice Pizza,” as well as other beloved franchises like James Bond and Rocky. It will also house classics like “Silence of the Lambs,” “Platoon,” “Robocop,” “Mississippi Burning,” “The Pink Panther,” “The Good, the Bad and the Ugly,” “Bill & Ted’s Excellent Adventure,” “The Thomas Crown Affair” and more.

The streamer’s new brand logo will aim to capture MGM’s storied century-long history while orienting itself toward the future. Design studio Imaginary Forces has been brought aboard to reimagine the iconic gold lion and classic art-deco typeface in a contemporary style. 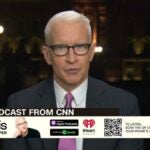