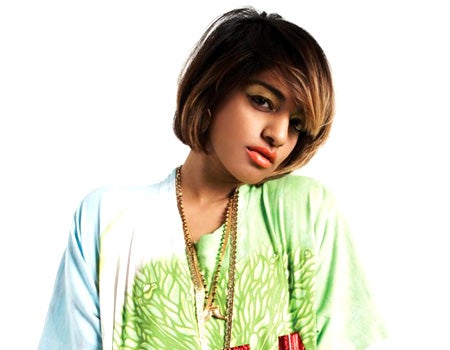 M.I.A., the Grammy-nominated singer and rapper of Sri Lankan descent and subject of a rather unflattering 8,164-word New York Times Magazine profile, has never been a big fan of the Times’ coverage of the island.

In January, she slammed the Times in a hastily written song after firing off a series of tweets ripping the paper over a story about Sri Lanka in its travel section.

On Thursday, M.I.A. took that vitriol to a new level, tweeting the cellphone number of Lynn Hirschberg, the author of the profile, as if it was hers:

Well, that’s one way to avenge a negative article. “It’s a fairly unethical thing to do, but I don’t think it’s surprising,” Hirschberg told the New York Observer. “She’s a provocateur, and provocateurs want to be provocative.” She added: “[It’s] infuriating and not surprising.”

Later in the day, M.I.A. promised her followers on Twitter the full audio of her interview(s?) with Hirschberg will be posted on her Web site over the weekend.

Ironically, the profile is Hirschberg’s last under contract at the Times – she’s heading to W to join Stefano Tonchi, who jumped from the magazine to head Condé Nast’s oversized fashion bible.

M.I.A. Slams ‘NYT’ in New Song
Watch the M.I.A. Video That Was Banned From YouTube
Tonchi Fills Out Team W