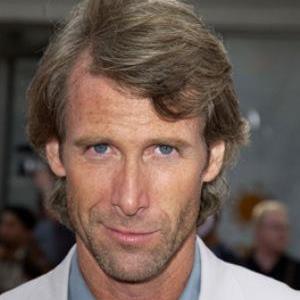 It’s the first television project for Bay, better known for directing blockbuster movies including "Transformers" and "The Rock."

Dan Cutforth of Magical Elves said the show "will take the reality adventure genre to the next level. The no-holds-barred format and the intimidating locations will allow a true primal test of endurance to unfold.”

Cutforth and Jane Lipsitz of Magical Elves also are behind "Project Runway" and "Treasure Hunters.”

From the press release:

"A game with no rules, the reality adventure series will pit ordinary people from all walks of life against each other, creating extreme competition and deep allegiances. All players have secret pasts that must be kept hidden from their fellow competitors, setting the stage for an intense game of trust and betrayal. Players will be forced to adapt to and conquer new hostile environments each week, building toward a climactic showdown where all secrets are exposed and a shocking development revealed."

“For my first television project I wanted to do something that had never been done before, and I believe that ‘One Way Out’ accomplishes that,” Bay said in a statement. “Combining unique twists, death-defying challenges, and stunning visuals, we are reinventing the genre, showing just how far people will go when they are stripped of their bare necessities and forced to do whatever it takes to survive.”

Magical Elves and Bay, both represented by William Morris Endeavor, are currently taking network meetings for “One Way Out.”