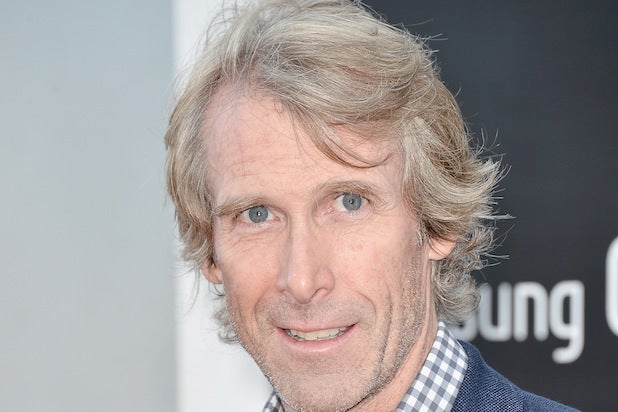 In a competitive situation, Paramount Pictures has acquired rights to “Sabotage,” a non-fiction book proposal from author Neal Bascomb for Michael Bay to produce and develop as a potential directing vehicle.

The full title of the proposal is “Sabotage: A Genius Scientist, His Band of Young Commandos, and the Mission to Kill Hitler’s Super Bomb.”

The story was actually made into a relatively obscure film 50 years ago, though Bascomb plans to tell the tale in greater depth as a gripping WWII action-thriller.

Set in 1942, the story follows a brilliant scientist who flees the Gestapo to inform the Allies that the Nazis are secretly developing a nuclear program at an industrial fortress called Vermork deep in the mountainous expanse of Norway’s Telemark region. Knowing that Hitler gaining nuclear capabilities would be unthinkably catastrophic, the Allies assemble a fearless team of nine Norwegian refugee commandos to infiltrate the Nazi-occupied country.  In an apparent suicide mission, this team must brave the arctic landscape and pull off an impossibly daring assault on Vermork, which sits perched on impenetrable, icy cliffs. With little more than parachutes, skis, tommy guns, and explosives, the team is the Allies’ only hope to halt Hitler’s nuclear ambitions, and their adventure is one of WWII most thrilling, action-packed tales.

Bascomb is the internationally bestselling author of “Hunting Eichmann,” “The Perfect Mile,” “Higher” and “The New Cool,” all of which have been optioned for film. He’s also a former journalist who worked as an editor at St. Martin’s Press before becoming a full-time author in 2000.

Bay is represented by WME.