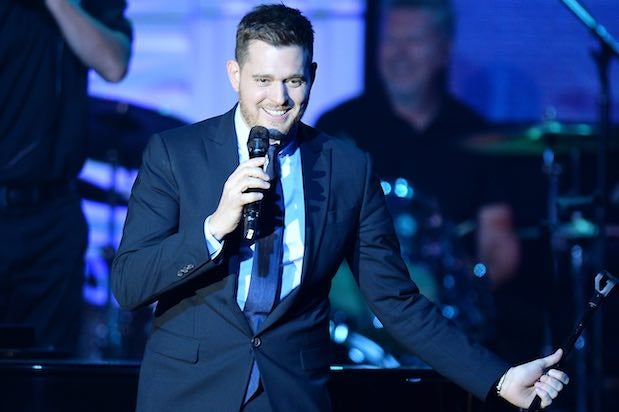 Michael Bublé and his model wife, Luisana Lopilato, are dropping everything to focus on treatment for their 3-year-old son, Noah, who was recently diagnosed with cancer.

“We are devastated by the recent cancer diagnosis of our eldest son Noah who is currently in treatment in the United States. We’ve always talked a lot about the importance of the family and the love we have for our children,” Bublé said in a statement his wife posted on her Facebook page Friday morning. “Luisana and I are going to spend all our time and attention to help Noah to get better, by suspending our professional activities for now.”

“During this difficult time, we ask that you pray for him and please respect our privacy,” he added. “We have a long road ahead of us and we hope that with the support of our family, friends, fans around the world and our faith in God, we can win this battle.”

Noah is the couple’s oldest son. Their youngest, Elias, was born in January. Bublé is known for a number of hit songs, including “Haven’t Met You Yet” and “It’s a Beautiful Day.” He released his ninth studio album, “Nobody But Me,” just last month.

During an hour-long BBC special that aired Thursday night, Bublé spoke about how difficult it is to leave Noah behind for gigs.

“My son Noah is three, Eli eight months, and Noah said to me ‘Poppy, for what are you going?’ I said, ‘Well, daddy is going to go and sing,'” Bublé said. “And it kills you. He said, ‘Please don’t go, I will be a good boy,’ and I think I’m the worst human being in the universe.”

Bob Dylan, who turned 76 on May 24, has left an immeasurable impact on music in many ways, not the least of which is how he has placed greater emphasis on the songwriter. Thanks to songs like "Desolation Row" and "Like A Rolling Stone," greater value is now placed on artists who write the songs they perform on their own. The irony of this is that a good portion of Dylan's catalog owes its notoriety to other artists who have taken songs he wrote and turned them into smash hits.
View In Gallery