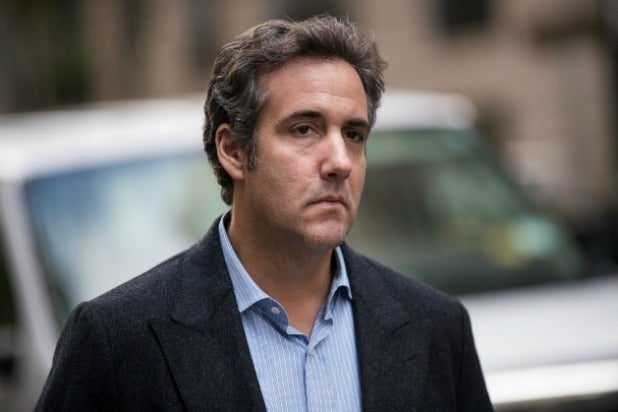 Former Donald Trump personal lawyer Michael Cohen hired a outside tech consultant to gin up enthusiasm about Trump’s business acumen and presidential chances, which included attempts to rig online polls by Drudge Report and CNBC, according to a new report in the Wall Street Journal.

Cohen used the consultant John Gauger on and off for several years and also stiffed him out of his full payment, the paper reported, billing the Trump Organization $50,000 for the services of Gauger’s RedFinch Solutions — but only paying the consultant between $12,000 and $13,000.

The piece by Michael Rothfeld, Rob Barry and Joe Palazzolo said that Cohen hired Gauger to artificially drum up Trump’s numbers in a CNBC poll about the nation’s top business leaders in 2014 by writing a computer program that would repeatedly vote for the billionaire. The gambit didn’t work, but in a Drudge Report poll a year later, Gauger managed to place Trump fifth among possible GOP presidential contenders in 2016.

In a tweet on Thursday, Cohen noted the Journal story and added that he regretted his actions — which he said were done entirely at the request of the president.

“As for the @WSJ article on poll rigging, what I did was at the direction of and for the sole benefit of @realDonaldTrump @POTUS,” he said. “I truly regret my blind loyalty to a man who doesn’t deserve it.”

Drudge himself did not immediately respond to request for comment from TheWrap over the issue, but gave the story front page coverage on “The Drudge Report.” “Did Trump Bribe Drudge Poll” said a red banner all caps headline.

The Trump Organization declined to comment, but Rudy Giuliani, a lawyer for Mr. Trump, told the Journal that the account proved Cohen to be “completely untrustworthy” since he was reimbursed for more money than he had delivered to Gauger.

Cohen, who once said he would take a bullet for Trump, has since begun cooperating with federal prosecutors and pleaded guilty to a number of crimes including tax evasion, campaign-finance violations and lying to Congress.