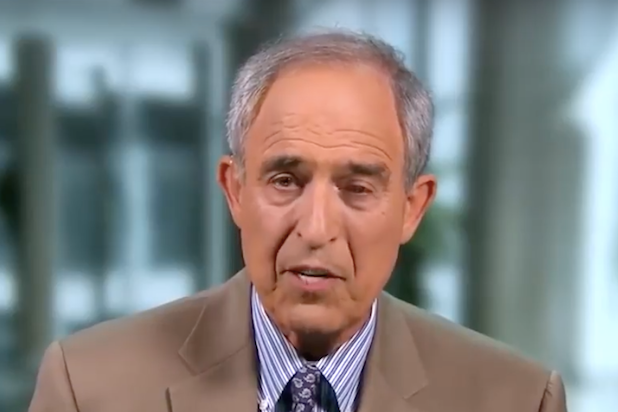 Michael Cohen attorney Lanny Davis admitted this week that he was a source for a much heralded July CNN article that reported Cohen saw Donald Trump Jr. inform his father about plans for a Trump Tower meeting between representatives of his campaign and a Russian lawyer.

The bombshell piece, by Jim Sciutto, Carl Bernstein and Marshall Cohen, contradicts the president’s claim that he had no knowledge of the sit-down until after he became president. The piece cites Davis, one of Cohen’s lawyers, but said he “declined to comment.”

The story received fresh attention this week after Davis appeared to contradict the news during an appearance on “Anderson Cooper 360,” revising his position to say he was no longer certain Cohen has witnessed Trump Sr. being informed.

“I think the reporting of the story got mixed up in the course of a criminal investigation. We were not the source of the story,” he said on air.

On Monday, Davis told BuzzFeed’s Steven Perlberg that he was, in fact, the source of the story and attributed his remarks on CNN’s airwaves to misspeaking.

“I made a mistake,” he told the website, adding, “I did not mean to be cute.”

Davis also told The Washington Post on Sunday that he could not longer stand by the original assertions he made to Sciutto, Bernstein and Cohen about what Donald Trump Sr. knew and when.

“Lanny Davis, a spokesman and attorney for Cohen, said in an interview this weekend that he is no longer certain about claims he made to reporters on background and on the record in recent weeks about what Cohen knows about Trump’s awareness of the Russian efforts,” The Post reported.

Reps for Davis and CNN did not immediately respond to request for comment from TheWrap, but the channel told other outlets that it continues to stand by the story, which cited multiple sources.