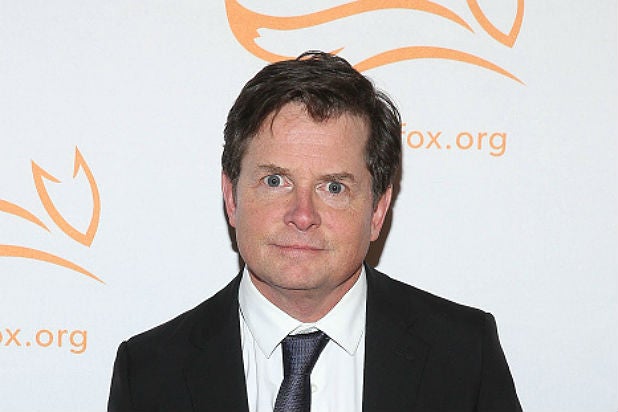 Michael J. Fox is set to provide the voice of the lead character, a dog named Archie, in the animated movie “A.R.C.H.I.E.,” it was announced Tuesday by Jason Moring, president of Double Dutch International, which will begin shopping the project next week at Toronto.

“A.R.C.H.I.E.” will be written and directed by Robin Dunne (“Just Friends”), who’s making his feature directorial debut. Clairwood Capital Management is financing the film, which is being produced by Shayne Putzlocher, Glenn Paradis and Sara Shaak from Trilight Entertainment.

In addition to Fox, the movie stars Katherine Isabelle (“Freddy vs. Jason”) and Dunne himself.

Archie (Fox) is a robotic canine created by world-renowned roboticist Brooke Benton (Isabelle) to help those in need. Though he looks like a normal dog, he’s anything but. He can talk and run at blinding speed, has super strength and x-ray vision.

When her research program is shut down by the military, Brooke helps Archie escape in the hopes of finding a family to care for him. Archie then wanders into the small town of Deanewood where Isabel Sullivan has just moved to live with her uncle Paul (Dunne), the town’s mayor and owner of Deanewood’s best burger-joint. Feeling very alone, Isabel struggles to find friends until she meets Archie. They quickly form a close bond and become friends while helping Paul retain his position as town mayor.

“From the voice of ‘Stuart Little,’ to the hit TV show ‘Family Ties,’ to the blockbuster movie franchise ‘Back to the Future,’ Michael J Fox is synonymous with globally successful family entertainment and we couldn’t be more excited to have him as the voice of Archie,” said DDI’s Moring, who negotiated the deal with UTA and Trilight’s Putzlocher.