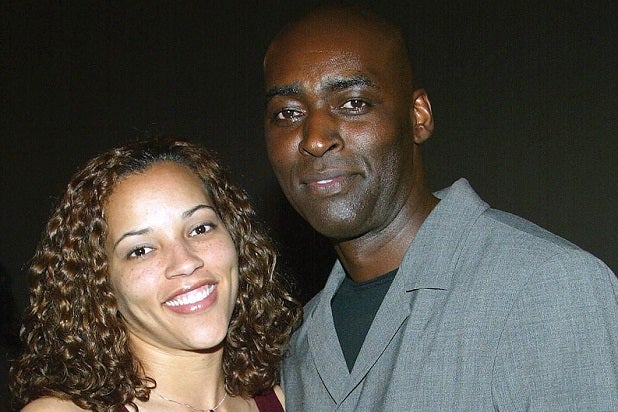 The murder trial of former “Shield” actor Michael Jace continued on Wednesday in Los Angeles, with the actor’s young son testifying that he heard his father shoot his mother.

During Wednesday’s proceedings, Nehemiah Jace, 10, said that he saw the actor pull April Jace into a hallway, and then heard his father tell her, “If you like running, then run to heaven,” the Associated Press reports.

“Then he shot her,” the younger Jace continued.

According to prosecutors, Jace shot his wife a total of three times, once in the back and twice in the legs. The couple’s two sons, then 8 and 5 years old, were reportedly present at the time.

Prosecutors allege that the 53-year-old actor was upset over the fact that April Jace wanted a divorce and believed that she had been unfaithful to him.

Jace, who also had roles in “Planet of the Apes” and “Forrest Gump,” faces 50 years in prison if convicted.

The actor’s lawyer said that his client takes responsibility for the fatal shooting, but that his state of mind at the time will factor heavily into his defense.

Jace was charged with murder in May 2014. He was arrested after calling the police to report that he had shot his wife. Police arrived to find the body of April Jace, who had been shot several times.

Jace has pleaded not guilty.