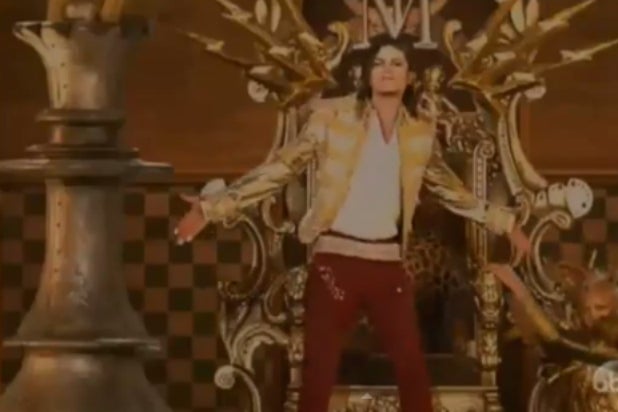 Michael Jackson rocked the Billboard Music Awards from beyond the grave Sunday with a killer performance of “Slave to the Rhythm.”

A very cool looking three-dimensional hologram of the late King of Pop sang and danced its way through the new single, which normally features Justin Bieber. The Biebs wisely stayed out of it this time, with the MJ graphic using the extra stage time to break out some classic moves — including the fan-favorite moonwalk.

A realistic Jackson stayed on the stage background — near a throne adorned with an “M” — while real, tangible alive dancers joined him in the foreground. The performance pulled a standing ovation from the MGM Grand crowd in Las Vegas.