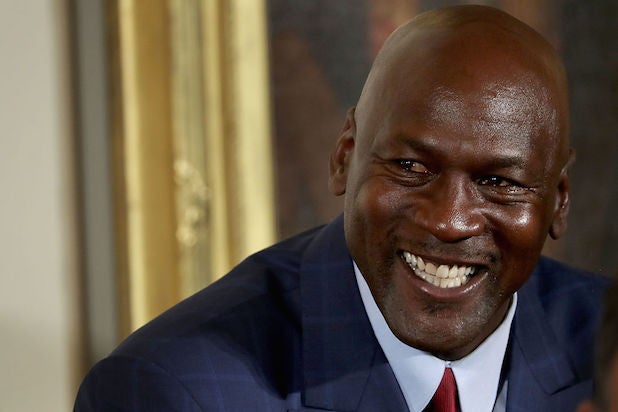 Michael Jordan — widely regarded as the G.O.A.T. (greatest of all time) when it comes to hoops — has finally shot back at LaVar Ball, the brash father of the Number 2 pick in the 2017 NBA Draft Lonzo Ball, saying that he couldn’t beat him “if I was one-legged!”

Air Jordan was responding to a question from an attendee at his annual Flight Camp in Santa Barbara, California. His Airness didn’t mince words, and clowned LaVar for his college career in the process (Ball Sr. played at Washington State from 1987-1988).

“You’ve got to understand the source. He played, I think, college, maybe?” Jordan asked. “He averaged, like, 2.2 points a game. Really? It doesn’t dignify an answer, but I’m going to give it to you, because you asked the question: I don’t think he could beat me if I was one-legged.”

Did you expect anything less from Jordan? He’s the same guy who spent the majority of his Hall of Fame induction speech rehashing a laundry list of old foes he had vanquished, Richard Nixon-style.

If you haven’t been following the MJ-Ball “rivalry,” LaVar made waves in a March USA Today profile when he said “back in my heyday, I would kill Michael Jordan one-on-one.” Ball has built a cottage industry out of his outlandish claims, using the headlines to promote his budding Big Baller Brand line of apparel and sneakers. A select few of his greatest hits include: saying Lonzo was better than two-time reigning MVP Steph Curry (he’s not),  guaranteeing Lonzo would lead UCLA to an NCAA championship (didn’t happen), and saying it’d take a billion dollars to sign his son to a shoe deal (Nike and Adidas, uh, passed).

His cocksure attitude has also gotten him into hot water. Ball was under fire last week for demanding a female referee be removed mid-game during an AAU tournament for his youngest son.

Jordan, for his part, actually took a second to see Ball’s side of things — before laying the smackdown once more.

“Look, every parent is very proud of their kids,” the Chicago Bulls legend said. “I don’t discourage that. I think the kid [Los Angeles Lakers rookie Lonzo] is really good. I think he has the potential to be a good player. But I would say, if I had to sit down and talk to him right now, if he was here, I would tell him (LaVar) to shut up and let the kids play.”

And if you expected Ball to go quietly into the night, you don’t know LaVar. He gave his response loud and clear on Instagram later on Tuesday.

We’ll keep you posted if the PPV goes down.