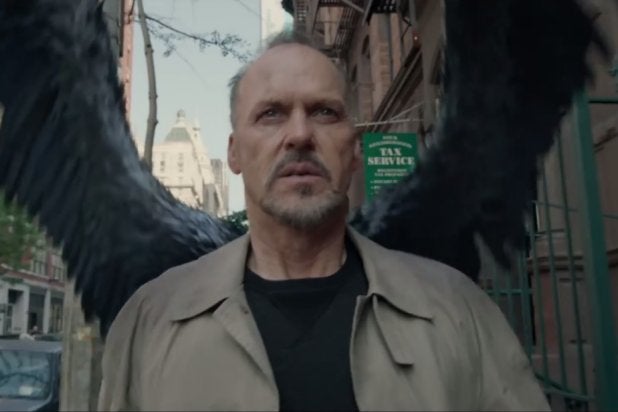 Michael Keaton is a superhero again … except, not really. In “Birdman,” he portrays Riggan Thomson, an actor who became famous for portraying an iconic superhero. Granted, Keaton was already famous when he took on the mantle of Batman in ‘s 1989 film, but it’s still something he knows a little about from personal experience.

Now in his 60s — or at least Keaton is 63 — Thomson is attempting to put on a Broadway play to recapture his glory days and get back some of the respect and adulation he yearned for. That play is an adaptation of Raymond Carver’s “What We Talk About When We Talk About Love,” but “Birdman” is all new.

In the film’s latest television spot, there’s a great sense of style about the film, directed by Alejandro González Iñárritu. And while it’s not completely clear what’s going on at all times, it certainly looks like Thomson may be suffering a nervous breakdown of sorts.

What’s happening around him may or may not be real — we’re leaning toward not real — and the superhero narration in his head isn’t a good sign, but it certainly all looks fascinating. And at least he’s surrounded by an impressive roster of acting talent as he struggles to recover his career, and possibly his sanity.