The publicly traded handbag company Michael Kors is in advanced talks to buy fellow fashion brand Versace in a deal valued at $2 billion, multiple media outlets are reporting. Donatella Versace is expected to announce the sale to employees in a Tuesday meeting, per Bloomberg.

The Versace family currently owns 80 percent of Versace, with private equity firm Blackstone Group LP owning the remaining 20 percent. Both stakes will be part of the deal.

Under the terms of the imminent transaction, Donatella and her brother Santo will continue to have roles at the company. Currently, she is creative director of Versace and Santo is chairman.

American Michael Kors, the namesake for his company, also has ties to TV. Kors recently exited “Project Runway” after a lengthy run as a judge on the program.

Shares of KORS stock are currently trading down more than $4 per share on the news, or about 5.5 percent apiece. 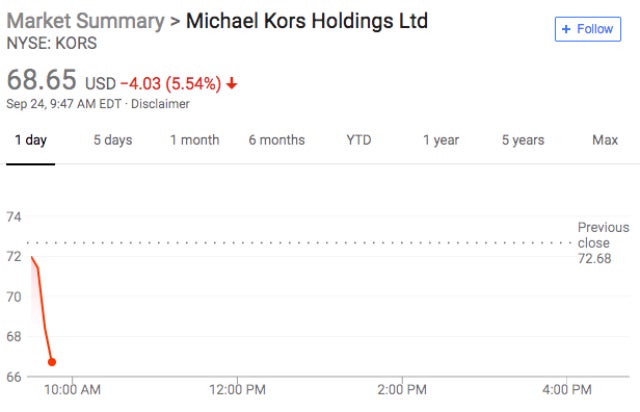 Not a good look for fall — or anytime, really.

TheWrap did not immediately hear back from our requests for comment on this story to Michael Kors, Versace and Blackstone.