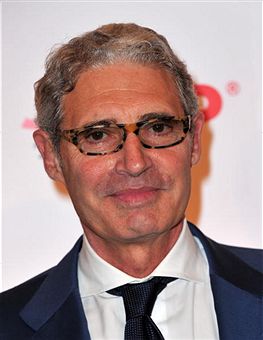 "Damages" star Michael Nouri has joined the cast of ABC’s Emmy-winning daytime drama "All My Children."

Nouri will play a reclusive mountain man named Caleb McGraw whose remote home is destroyed when Erica Kane’s (Susan Lucci) airplane crashes into it. His character will debut on the series on Monday, May 24.

Executive producer Julie Hanan Carruthers said "We look forward to working with Mr. Nouri as he uses his vast experience and talent to bring the unique and complex character of Caleb McGraw to life. It is with great pleasure that we welcome Michael Nouri to the ‘All My Children’ family.”

The veteran actor is no stranger to daytime TV, having appeared in 17 episodes of "The Young and the Restless" from 2004-2005.

Nouri has enjoyed a successful career in both film in television, having played recurring roles on "Crash," "NCIS," "Army Wives," "The OC" and ABC’s "Brothers and Sisters." He recently appeared on the bigscreen in "The Proposal," and is probably best known for starring in 1983’s "Flashdance."

"All My Children" celebrated its 40th anniversary this January.