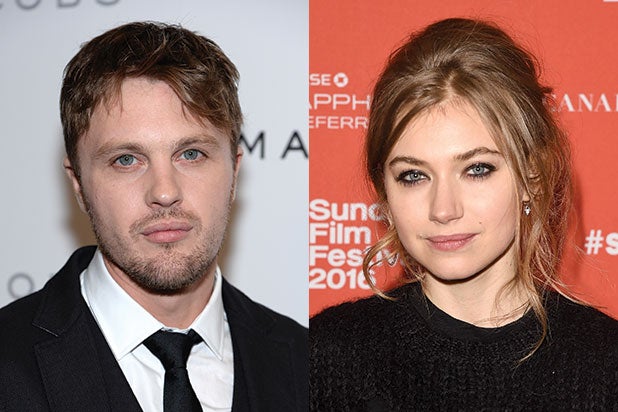 Michael Pitt, Imogen Poots, Isabelle Huppert and Willem Dafoe are set to star in Frank Hudec’s “The Sleeping Shepherd,” which the Solution Entertainment Group will begin shopping to foreign buyers at the upcoming European Film Market, the company announced Tuesday.

“The Sleeping Shepherd” is inspired by the true life story of the world’s most notorious art thief, Stéphane Breitwieser. Breitwieser admitted to stealing 239 works of art from 172 museums and exhibits across Europe from 1995 until 2001, when he was caught.

Alex (Pitt) is a failed painter who decides he would rather steal great art than paint it. As he travels across Europe, he meets a bored rich girl, Karoline (Poots), who gets a sexual thrill from art theft. Their “Bonnie and Clyde”-esque escapade is cut short when Alex’s arrogance leads to his capture. In an effort to save him, his co-dependent mother (Huppert) destroys $2 billion dollars worth of irreplaceable masterpieces by chopping them up and tossing them into the nearby Rhine Canal. Alex and his mother are sent to jail, but in a strange twist of irony, Alex’s jailhouse paintings become collector’s items.

Hudec wrote and will direct the feature film, which will be produced by Mike S. Ryan (“Junebug”). The Solution Entertainment Group will handle international rights, while CAA will handle North American rights.

“The cast of ‘The Sleeping Shepherd’ is an extremely talented group, perfect for bringing this story of the world’s most notorious art thief to audiences around the world,” said the Solution Entertainment Group’s co-founders and partners Lisa Wilson and Myles Nestel. “Mike S. Ryan has a proven track record for producing great independent films and we are thrilled to include this film in our slate for this year’s Berlin market.”

“I’m excited to help Frank realize a visually unique take on the heist story in a way that allows these complex characters to take the viewer into unexpected dramatic places” added Ryan.

Poots is coming off the Sundance thrillers “Green Room” and “Frank and Lola.” She’ll soon be seen alongside Christian Bale in Terrence Malick‘s “Knight of Cups.” She’  repped by CAA, Independent Talent Group and Morris Yorn.

Huppert is an award-winning actress whose credits include “The Piano Teacher,” “Amour” and David O. Russell‘s “I Heart Huckabees.” She’s repped by CAA, Voyez Mon Agent in France and Principal Entertainment.

Dafoe next stars opposite Matt Damon in “The Great Wall,” Noomi Rapace in “What Happened to Monday,” Gerard Butler in “The Headhunter’s Calling” and Nicolas Cage in Paul Schrader‘s “Dog Eat Dog.” He’s repped by CAA and Circle of Confusion.