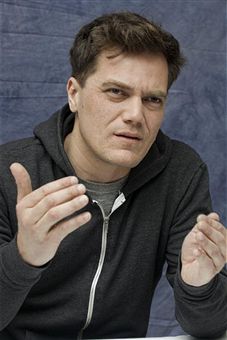 It was a busy weekend for Michael "Do you mind if I call you Chico?" Shannon, as the Oscar-nominated "Revolutionary Road" star signed on to no less than three projects.

On Monday, Lionsgate announced that Shannon will play Gerard Butler's best friend in Marc Forster's "Machine Gun Preacher." Jason Keller wrote the script, which is based on the true story of Sam Childers, a once-violent drug-dealing biker who went on to rescue the youngest victims of war from some dangerous parts of Africa.

Additionally, Jamie Chung ( ABC Family's "Samurai Girl") is in negotiations to join the cast as Gordon-Levitt's ex, a fellow daredevil bike messenger who helps him outwit Shannon. Chung's manager confirmed to TheWrap that she is NOT replacing Dania Ramirez, but instead eyeing a different female role. She next appears in Columbia's "Grown Ups" and Zack Snyder's upcoming "Sucker Punch." Chung is represented by Gersh and 3 Arts Entertainment. 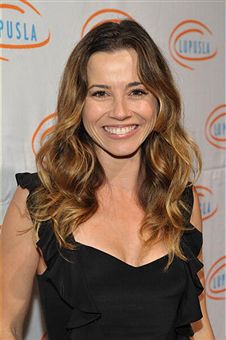 "Today" show co-host Meredith Vieira exec produces the film, which stars Linda Cardellini as a woman who returns home from a tour of duty to her husband (Shannon) and kids in a small town where she struggles to readjust. Tim Blake Nelson co-stars as an older war vet who befriends her.

Wasn't this done before with Jessica Biel in Irwin Winkler's melodramatic "Home of the Brave," as well as several other movies including "Stop-Loss?"

2.1 Films' Noah Harlan produces "Return," which begins shooting in northern Ontario at the end of September. Meredith Vieira Productions' Amy Rapp will exec produce the company's first feature, which was developed in the Sundance Directors and Screenwriters Labs.

Johnson told IndieWire that the film will be in the tradition of "Safe" and "A Woman Under the Influence," both of which concerned "strong female protagonists who don't quite fit in with their world."

Shannon has been around for a long time but I never really noticed him until his fantastically creepy performance in "Bug." He recently played Kim Fowley in "The Runaways" and appeared briefly in "Jonah Hex." Shannon will next be seen in Gela Babluani's "13," as well as several episodes of HBO's "Boardwalk Empire."

Shannon is represented by CAA, Cardellini by ICM, Nelson by UTA and Chung by Gersh and 3 Arts Entertainment.