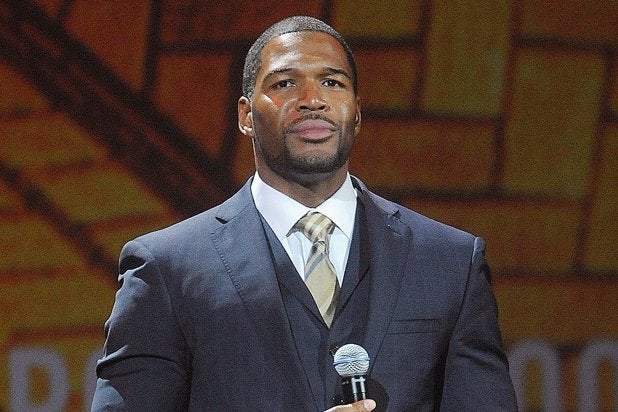 The former NFL star and current daytime television host will emcee the two-hour show, which will broadcast live from the Hollywood Palladium at 9 p.m. ET on Jan. 15, 2015.

Strahan is best known for his days as a Super Bowl champion with the New York Giants, but the co-host of ABC’s syndicated morning show “Live! With Kelly and Michael” has also been nominated for an Emmy as part of Fox’s “Fox NFL Sunday” crew. He also serves as special co-host for ABC’s “Good Morning America.”

“I am excited to host a night honoring some of the most talented people in the industry,” the Pro Football Hall of Famer said in a statement. “‘The Critics’ Choice Movie Awards’ show paves the way for the upcoming awards season, and the best part is that the winners are selected by the very people who make a living watching and reviewing films. It doesn’t get much more competitive than that.”

“We are thrilled to have Michael on board as the host of this special night,” added David McKillop, Executive Vice President and General Manager of A&E Network. “His distinctive charisma, sense of humor and ease in front of a live audience makes him the perfect choice for what is sure to be an unforgettable evening.”