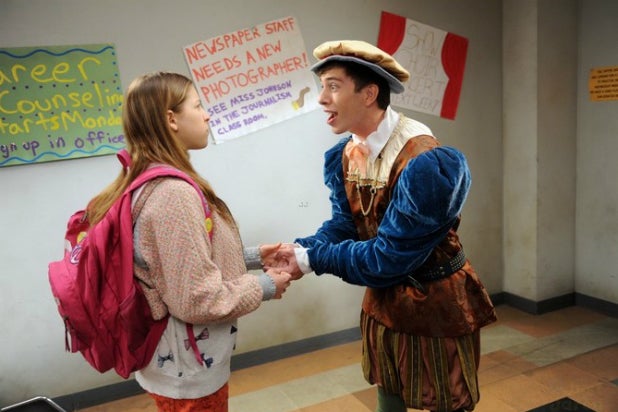 ABC has given its Sue Heck-led spinoff of “The Middle” a title, and added her BFF Brad as a series regular.

Brock Ciarelli, who appeared in 56 episodes on the ABC sitcom as Brad Bottig, the best friend of Eden Sher’s Sue Heck, will be joining the spinoff — now titled “Sue Sue in the City” — as part of the main cast.

Led by Sher, the comedy will follow the twentysomething adventures of eternal optimist Sue Heck, as she leaves the small town of Orson to navigate the ups and downs of a career and young adulthood in the big city of Chicago.

Also Read: Roseanne 'Staying Neutral' About 'The Conners' Spinoff: 'I Got to Stay in the Middle or I'll Go Dark' (Audio)

As TheWrap reported in May, ABC was in development on a Sher-led spinoff shortly after the single-camera comedy wrapped its nine-season run, though at the time no deals were in place. ABC ordered a pilot of the spinoff in August.

“The Middle” creators Eileen Heisler and DeAnn Heline wrote and executive produced the pilot, which hails from the duo’s Blackie and Blondie Productions in association with Warner Bros. Television.

Premiering in 2009, “The Middle” starred Patricia Heaton and Neil Flynn as a middle-class couple raising their three kids in the fictional town of Orson, Indiana. Charlie McDermott and Atticus Shaffer also starred. The single-camera comedy was a reliable performer for the network, and should it go to series this season, it would be the second comedy spinoff at ABC, joining the “Goldbergs” offshoot “Schooled.”