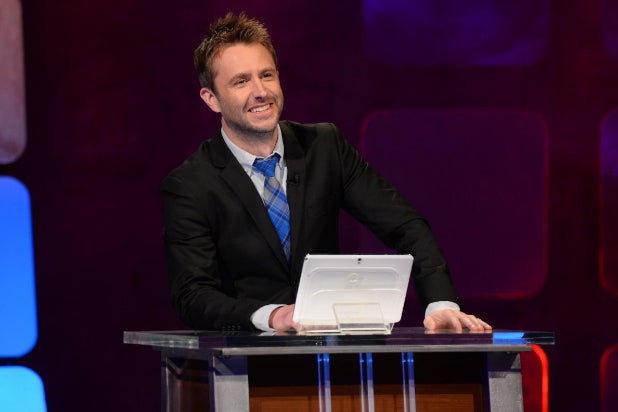 Batten down the hatches for more #HashtagWars: Comedy Central has renewed Chris Hardwick’s late-night show “@midnight” for a third season.

“Creating a new franchise in late night is no small feat, and we couldn’t be more proud of Chris and the entire team for what they’ve accomplished,” said Kent Alterman, president of Comedy Central’s content development and original programming.

“Comedy Central has been an amazing and supportive partner for ‘@midnight’ and I cannot thank them enough,” added host Hardwick. “Making inappropriate jokes about Internet culture with my comedian friends is something I would do for the rest of my life if they’d let me. And this pick-up gives us the runway to tackle next year’s election, which I’m guessing will yield no shortage of social media gems.”

The series, which received a 2014 Emmy nomination for “Outstanding Interactive Program,” is the most social of all late-night talk shows. “@midnight” generates an average of 243,000 weekly social mentions, Comedy Central touted. The series’ signature #HashtagWars consistently lands as Twitter’s top Trending Topic, both nationally and worldwide.