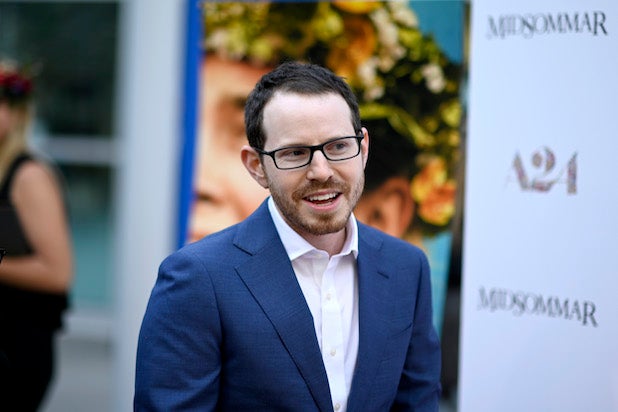 In “Midsommar” — which was released with an R rating by the MPAA — Reynor’s character Christian is in a Swedish commune celebrating a summer festival with his girlfriend (Florence Pugh). Toward the end of the film, Christian is shown running around the commune fully nude while on psychedelics.

During the AMA, Aster responded to a Reddit user who asked if he had gotten any pushback from Reynor letting it all hang out.

“Yes, we had an NC-17 for 6 weeks. Lots of back-and-forth with them,” Aster answered. According to the MPAA, the NC-17 rating is for films that are “clearly adult” with no one under 17 admitted.

The decision to go from NC-17 to R seems to have come down to the wire. On June 25, a week before the film’s release, film distributor A24 tweeted a photo showing that it had “finally reached an agreement with the MPAA.”

Finally reached an agreement with the MPAA 🙂 #Midsommar pic.twitter.com/FVk28f8T1g

The film was rated R by the MPAA for disturbing ritualistic violence and grisly images, strong sexual content, graphic nudity, drug use and language.

During an interview with TheWrap, Reynor spoke about his full-frontal, saying he thought the move was a step forward from the typical female nudity we see in the horror genre.

“There are so many films in the history of cinema, particularly in the horror genre — I watch a lot of this stuff, and I notice there’s a pervasive culture of really difficult and humiliating and expositional scenes of murder and sexual violence towards women and you don’t really see that kind of stuff in films where it happens to men,” Reynor said.

You can read Ari Aster’s AMA in full here.