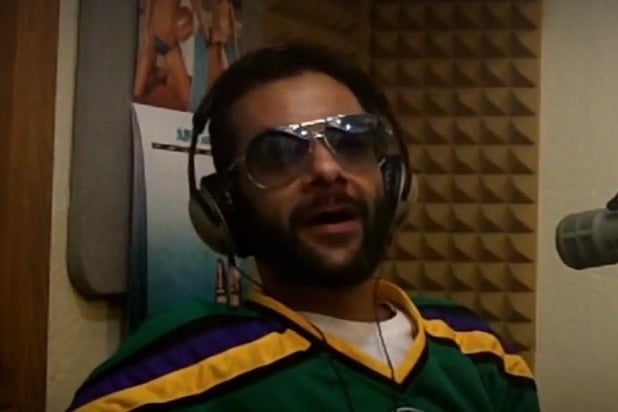 “The Mighty Ducks” star Shaun Weiss has once again been placed in the penalty box.

Weiss, who played goalie Goldberg in the 1992 hockey film and its 1994 and 1996 sequels, was arrested Aug. 2 and charged with possession of methamphetamine, the Burbank, California, police department told TheWrap on Tuesday.

According to a representative for the department, police responded to the 4100 block of Warner Blvd. after a resident called regarding an unrecognized man wandering around the property of an apartment building.

Weiss was found to be in possession of suspected methamphetamine, placed under arrest and booked into the Burbank City Jail on a misdemeanor possession charge.

The actor was also found in possession of credit cards in someone else’s name, but the owner of the cards was a friend who didn’t want to prosecute Weiss.

Weiss, whose bail was set at $62,000, is scheduled to appear in court on Tuesday.

Weiss’ Aug. 2 arrest came just days after he was released from jail on a petty theft charge. Though Weiss was sentenced to 150 days in Los Angeles County Jail, he was released after 12 days due to overcrowding at the jail.