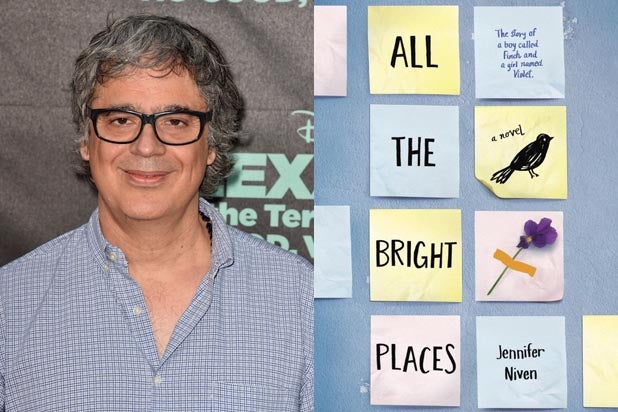 Elle Fanning has been attached to star as Violet since last year. Nivens will write the script for the film being produced by financier Demarest Media and book-centric production company Mazur/Kaplan, founded by producer Paula Mazur and independent bookseller Mitchell Kaplan.

Following in the footsteps of terminally ill teen romances “The Fault in Our Stars” and Sundance hit “Me and Earl and the Dying Girl,” “All the Bright Places” follows Fanning’s character as she learns to live from a boy who intends to die.

Also read: 'Me and Earl and the Dying Girl' Review: Sundance-Winning Teen Cancer Drama Is Clever but Cloying

The book, which Nivens describes as a “very personal story,” is currently No. 5 on the New York Times best seller list. Arteta has directed comedies “Youth in Revolt” and “Cedar Rapids,” and most recently directed Steve Carell in Disney’s adaptation of “Alexander and the Terrible, Horrible, No Good, Very Bad Day.”

Leif Lillehaugen will shepherd the project for Demarest, and Ally Israelson will oversee for Mazur/Kaplan. Production is slated to begin spring 2016.

“Violet and Finch’s achingly heartfelt and authentic story is the most convincing portrayal of teenage life I have ever come across.  It’s such a privilege to bring it to the screen with the help of its engaging author and the great support of Demarest Media and The Mazur Kaplan Company, who couldn’t be more passionate about Jennifer’s book and this adaptation,” Arteta said in a statement.