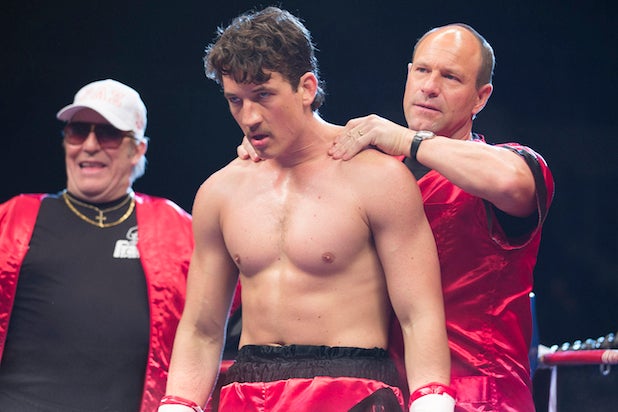 Open Road Films has announced it will release the Miles Teller boxing drama “Bleed for This” in the heart of awards season, with a limited release set for Nov. 4 before the film goes wide on Nov. 23.

Ben Younger wrote and directed the film, which tells the incredible true story of one of the most inspiring and unlikely comebacks in sports history — that of Vinny “The Pazmanian Devil” Pazienza, a local Providence boxer who shot to stardom after winning two world title fights. After a near-fatal car accident left Pazienza with a severed spine, doctors told him he might never walk again. With the help of renowned trainer Kevin Rooney (Aaron Eckhart), Pazienza became a legend when he not only walked again, but miraculously returned to the ring to reclaim his title belt only a year after the accident.

Younger produced “Bleed for This” with Bruce Cohen, Emma Tillinger Koskoff, Chad A. Verdi, Noah Kraft and Pamela Thur, while Martin Scorsese executive produced alongside Joshua Sason and Michelle Verdi, as well as Myles Nestel and Lisa Wilson of the Solution Entertainment Group.

“Bleed for This” will also likely face formidable competition from the second weekend of J.K. Rowling‘s “Fantastic Beasts and Where to Find Them.”