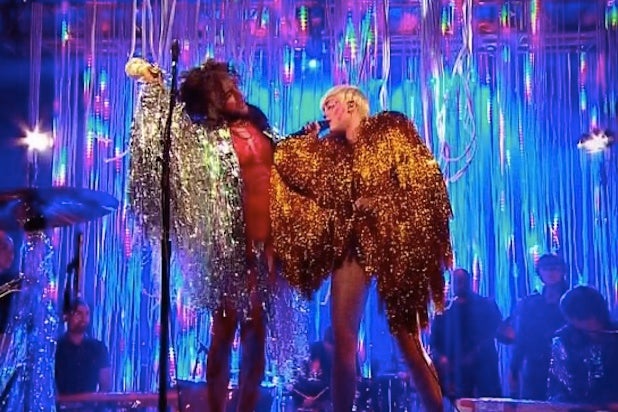 Miley Cyrus took her Smilers back to the ’60s with a performance of The Beatles “Lucy in the Sky With Diamonds” on Sunday’s Billboard Music Awards telecast.

Cyrus was not on hand personally in Las Vegas with awards host Ludacris and company, but Manchester, England — where she was performing from — had plenty of confetti and face paint. However, it had no shoes. The venue did have a cymbal — but just the one.

“Lucy in the Sky With Diamonds” was originally released in 1967 on the Beatles’ “Sgt. Pepper’s Lonely Hearts Club Band.”