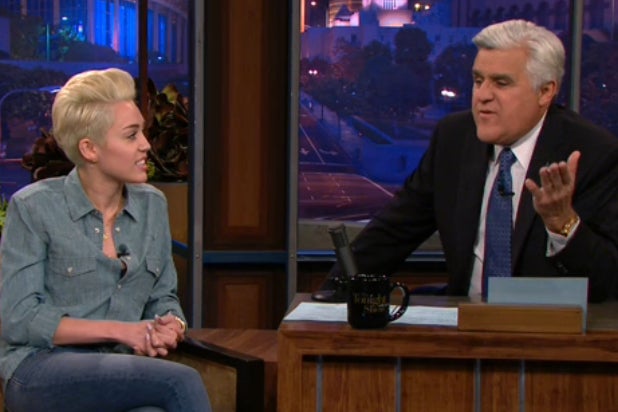 Miley Cyrus started in show business when she was young. Really young.

The recent MTV “Unplugged” performer was a guest on “The Tonight Show” on Thursday, where host Jay Leno shared a clip of her very first television appearance. When she was two years old, Miley broke lose from her nanny and crashed a “Crook & Chase” talk show episode in Nashville. She walked out onto stage with a wildly creepy Willie Nelson doll in a baby carriage because she wanted to see her dad, Billy Ray Cyrus.

The young performer didn’t twerk, but she had another trick up her sleeve: “Do your eyes, Miley,” dad Billy Ray said. Miley complied, rolling her eyes for the cameras and studio audience.

Leno had the last laugh, though. Coming out of the clip he made Miley do the “eye thing” again. Then he added, “That’s 20 years ago and Willie’s doll was old then.”