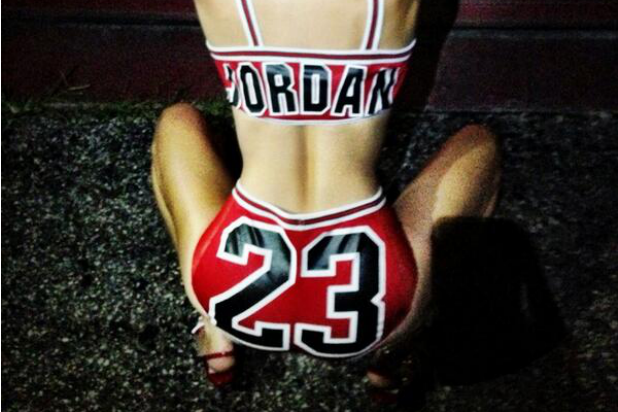 On Tuesday, she became a rapper.

Cyrus spits bars and auto-tunes the hook on Mike WiLL Made-It’s new song, “23,” which explains the Michael Jordan jersey photos the former “Hannah Montana” has been pimping.

See video: Miley Cyrus Is Naked and Making Out With a Sledgehammer in ‘Wrecking Ball’

“I’m in the club, high off purp with some shades on/Tatted up, mini skirt with my J’s on.”

Listen to the song: