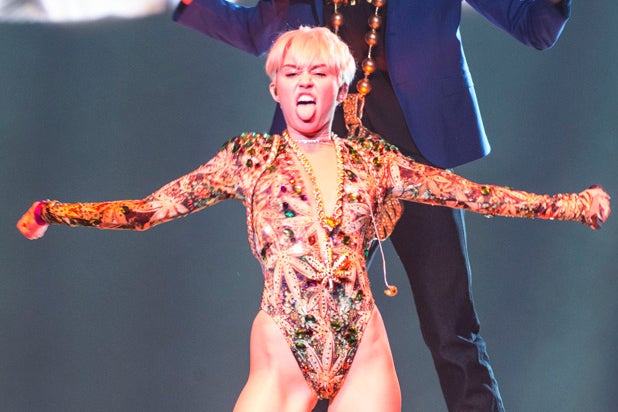 Congratulations, Miley Cyrus, you’re #1 … among bad influences for children, at least according to a new poll.

Cyrus was named by 78 percent of respondents as a female celebrity they don’t want their children to grow up to be like. Minaj was a distant second with 54 percent, followed by Kardashian (43 percent), Stewart (36 percent) and Rihanna (34 percent).

The poll, taken by British company Vouchercloud, polled 2,287 British parents who said they have at least one child under the age of 10.

Among male celebrities, Kanye West topped the list, with 56 percent of respondents saying they don’t want their children to be influenced by him. Justin Bieber was a close second with 55 percent, while recent One Direction defector Zayn Malik took third with 41 percent. Actor/walking performance art piece Shia LaBeouf took fourth place with 38 percent, while British television personality Joey Essex was fifth with 25 percent.

Asked why they wouldn’t want their kids to be influenced by the celebrities named, the parents most frequently answered, “I don’t want my child to end up going off the rails.”