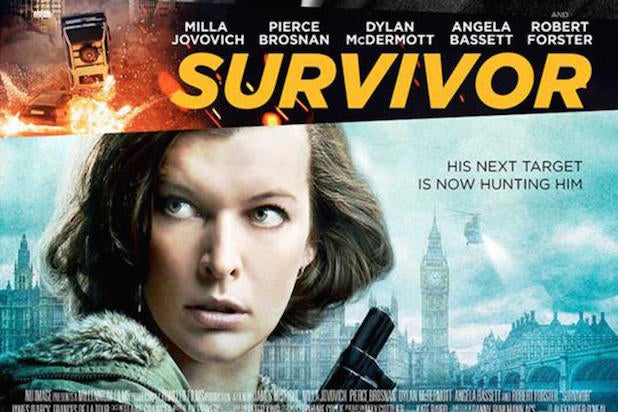 Jovovich plays a London-based Foreign Service officer who tries to prevent a terrorist attack in New York, but must go on the run from a gifted assassin (Brosnan) after she’s framed for crimes she didn’t commit.

Also Read: Paramount Pulls Pierce Brosnan’s ‘The Moon and the Sun’ From Calendar

“Survivor” is slated to hit theaters and VOD on May 29. Watch the trailer below and let us know what you think in the comments section.