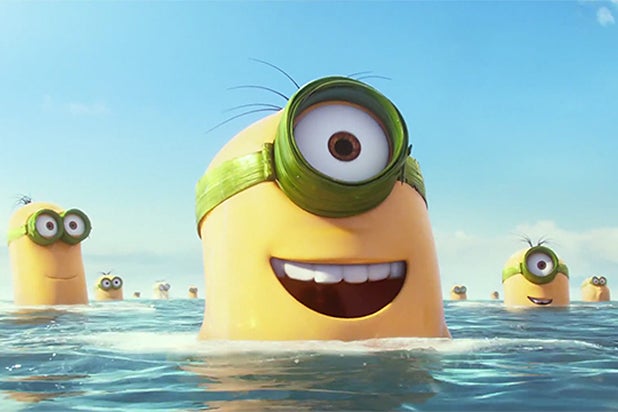 Illumination Entertainment’s “The Minions” passed “Toy Story 3” to become the second-highest grossing animated movie of all time Sunday, after opening to $20.1 million in China for Universal.

The little yellow guys took in $26.1 million from 57 foreign markets this weekend, upping their international total to $748 million. Combined with the U.S. total of $332 million, the worldwide haul for “Minions” is $1.08 billion.

That pushed “Minions” past the $1.06 billion rung up by Disney’s “Toy Story 3” in 2010 and into second place on list of all-time top-grossing animated movies.

The China debut for “Minions” was 48 percent higher than that of “Despicable Me 2.” “Minions” only foreign opening left is Greece on Sept. 24.