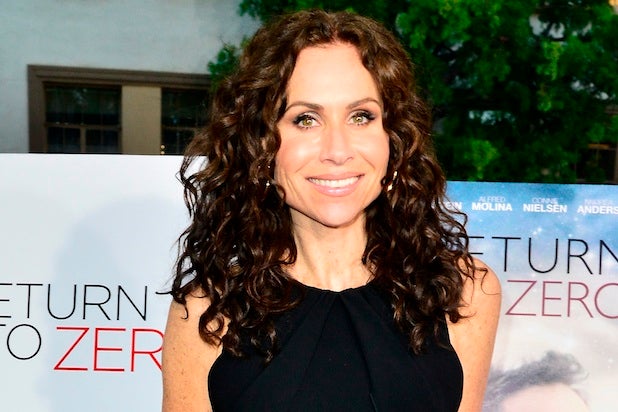 Minnie Driver has been cast in NBC’s “Peter Pan Live.” The actress will pull double-duty, serving as both the narrator and adult Wendy Darling in the live December TV event.

Eight days before the play is reimagined on television, NBC will telecast “The Making of Peter Pan Live” on Wednesday, Nov. 26 at 8 p.m. ET/PT.

That hourlong special will give viewers a behind-the-scenes look at the teamwork required to put the huge live TV event together. It will cover casting, dress rehearsals, costume design, stunt-flying and sword-fighting.

Also read: Brian Williams on Daughter’s Peter Pan Role: ‘I’ve Listened to Those Damn Songs Since She Was 3’ (Video)

“Girls” star Allison Williams plays the title role in the TV production, while Christopher Walken stars opposite as Captain Hook. Christian Borle will play both Smee, Hook’s right-hand, as well as George Darling, the no-nonsense father of the Darling children.

“Peter Pan Live” will be executive produced by Craig Zadan and Neil Meron.

“We’re thrilled to have Minnie as part of this ‘Peter Pan’ adventure,” said Robert Greenblatt, chairman, NBC Entertainment. “She appears in the final emotional scene when Peter returns to the Darling home years later only to realize Wendy is now grown up and has a daughter of her own, but you’ll also hear her voice throughout the movie since Adult Wendy is also our narrator. She’s a classy addition to our wonderful cast.”

Driver currently stars in NBC’s “About a Boy.” She is also a recording artist, and her most recent album “Ask Me to Dance” features songs written by Stevie Wonder and Neil Young.