BET Networks has acquired TV rights to the movie, which Relativity Sports client Amar’e Stoudemire (below, right) of the New York Knicks has signed on to produce through his STATosphere Productions banner.

“Blackbird” follows Noni Jean (Gugu Mbatha-Raw), a hot new artist primed for superstardom. With fame and fortune comes extraordinary pressure, and Noni nearly takes her own life before she’s saved by Kaz (Nate Parker), a promising young cop assigned to her detail. Drawn to each other, Noni and Kaz fall in love despite the protests of their parents who urge them to put their career ambitions ahead of their romance. Ultimately, Kaz’s love gives Noni the courage to find her own voice and break free to become the artist she was meant to be.

Driver will play Noni’s mother and manager, while Kelly (above, left) will play Kid Culprit, a rapper on Noni’s label who she collaborates with before releasing her first solo album.

Renowned musician The Dream (below, left) will be writing and producing four original songs for “Blackbird,” which co-stars Danny Glover.

Relativiity is financing, producing and distributing “Blackbird,” which is currently in production. The company has licensed the film’s TV rights to BET Networks, which will broadcast “Blackbird” in the U.S. and South Africa following its domestic theatrical release.

“BET Networks is excited to partner for the first time ever with film and television studio Relativity Media to create a film that matches the high-quality caliber production expected by our viewers. BET Networks looks forward to the first of many collaborations and sharing the final production on the big screen with our U.S and African audiences via its theatrical release,” said Loretha Jones, president of original programming and news for BET.

“Relativity is always looking to work with creative and original companies like BET Networks. We are excited to have them on board for ‘Blackbird,'” added Tooley.

Also Read: Christian Bale’s ‘Out of the Furnace’ Gets New Wide Release Date From Relativity

Driver, who can currently be seen alongside Rose Byrne and Anna Faris in the romantic comedy “I Give It a Year,” received an Oscar nomination for her supporting performance as Matt Damon‘s love interest in “Good Will Hunting.” She’s repped by UTA and Untitled Entertainment. 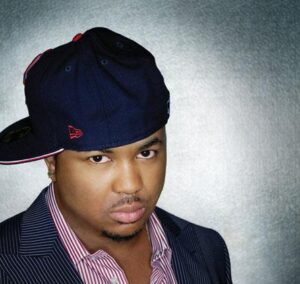 The Dream has worked with such artists as Rihanna, Beyonce, Justin Bieber and Britney Spears. He has won Grammy awards for writing hit songs such as Beyonce’s “Single Ladies (Put a Ring On It)”, Kanye West’s “All of the Lights” and Jay-Z and Kanye’s “No Church in the Wild.” He is represented by ICM Partners.

Stoudemire previously produced the indie movie “Little Ballers” and a theater production of “Rock of Ages.”